The EU is Tunisia's largest trading partner, accounting for 57 per cent of total commerce and have announced the launch of new negotiations for a free trade deal 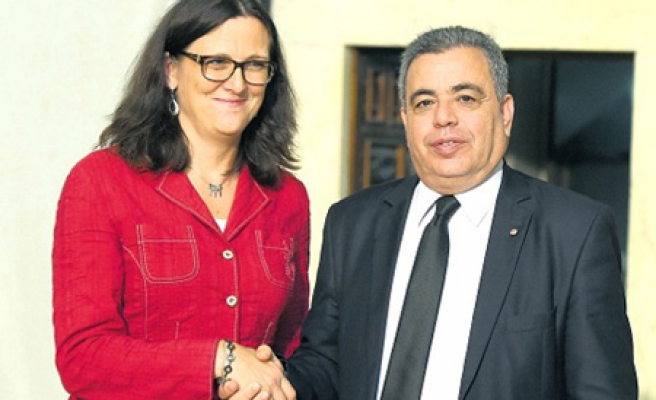 Tunisia and the European Union launched negotiations yesterday for a free trade agreement, a deal some Tunisian experts fear could undermine their economy despite assurances to the contrary from Brussels.

The European Commission says the Deep and Comprehensive Free Trade Agreement (DCFTA) would help support economic reforms in the North African country, which is trying to consolidate democracy after a 2011 uprising that ousted an autocratic regime.

"The aim of the agreement is to improve market access opportunities and the investment climate and support ongoing economic reforms in Tunisia," it said on its website.

EU Trade Commissioner Cecilia Malmstroem announced the launch of the negotiations during a visit to Tunis and talks with Tunisian Trade Minister Ridha Lahouel and Prime Minister Habib Essid.

"This agreement... will be beneficial for Tunisia and introduce economic opportunities," she told reporters.

"We are conscious that there are some concerns... and that is why we must work with the government and have a constant dialogue with businesses and civil society," she said.

Lahouel said discussions could last years before a deal is clinched, adding that Tunis will reject anything that undermines its interests.

The European Commission said the first round of talks will begin in Tunis on Monday and last for a week.

"The agreement will build on the existing free trade area under the Euro-Mediterranean Association Agreement, which was signed 20 years ago but mainly focused on trade in goods," it added.