This is Essebsi 's first visit to European and Western country since he came to office in December 2014. 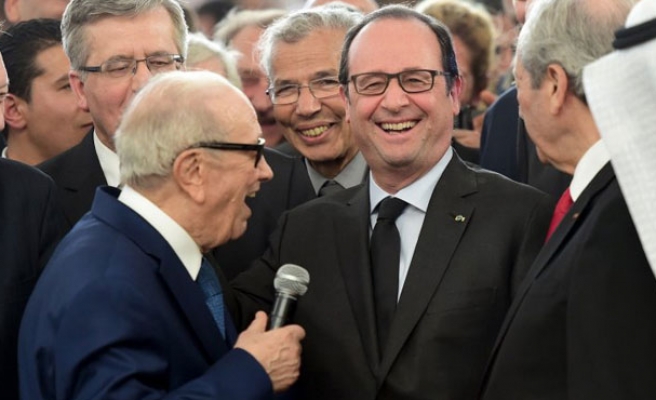 Tunisian President Beji Caid Essebsi arrived in France Tuesday in a two-day state visit at the invitation of his French counterpart Francois Hollande.

Essebsi's visit will be an opportunity to discuss security and military cooperation, to foster economic ties and to encourage investment, according to the Tunisian Foreign Affairs Ministry.

This is Essebsi 's first visit to a European and Western country since he came to office in December 2014.

France is Tunisia's top trade partner with a market share of 16.3 percent and its top customer with 28.7 percent of Tunisian exports.

Essebsi, 88, who served as a parliament speaker under Ben Ali, defeated incumbent interim President Moncef Marzouki in a Dec. 21 presidential run-off, with 55.68 percent of the votes.