Neighbors set to work with migrant NGO on sharing information 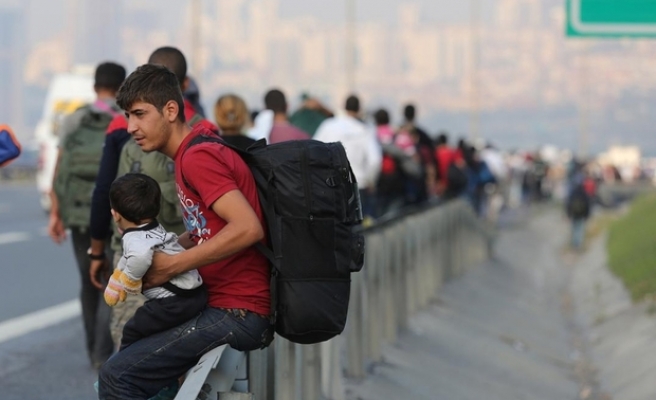 Turkey, Bulgaria andGreece are set to work on solutions to irregular immigration as part of a project being prepared by the International Organization for Migration (IOM).

Representatives of the three countries will come together as part of a ‘Regional Cooperation Border and Management among Turkey, Greece and Bulgaria Project’ and discuss collaboration, according to an IOM official.

Emrah Guler, an IOM project officer in Turkey, said that the project, with a budget of 1.8 million euros [$2 million], would last for 18 months.

"Information exchange is very important between the neighboring countries on irregular immigration. If the three countries work without knowledge of each other, it effects both illegal migrants and refugees," Guler said.

Guler added that the project would prevent irregular migration with the help of information exchange between the three countries.

"Information exchange between the three countries has increased today while it was too limited two or three years ago," he added.

Some 3.9 million Syrians have become refugees and at least 7.6 million have been internally displaced, according to UN figures.

Neighboring Turkey is now the largest refugee-hosting country in the world with more than two million Syrian refugees on its soil.

According to the UN’s aid agency, about 13.5 million people in Syria are now in need of humanitarian assistance and some sort of protection.