Turkey's Foreign Ministry released a statement and commemorated those who lost their lives on Feb. 24, 1942, after a Soviet submarine torpedoed immigrant ship Struma. 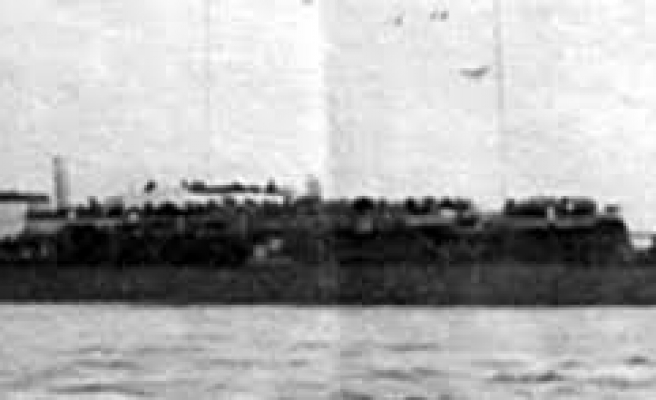 World Bulletin / News Desk
Turkey commemorated on Monday the victims of the 1942 Struma disaster, when a vessel carrying 769 Jewish refugees was torpedoed by a Soviet submarine off the cost of Istanbul's Sile.

Turkey's Foreign Ministry released a statement saying the "incident, regardless of the religious or ethnic background of the victims, is a tragedy that has taken its place in human history and must be commemorated as such."

Seventy-three years ago, on Feb. 24, 1942, the Struma, a vessel carrying Jewish refugees outbound from the port of Constanza, sank after it was torpedoed by a Soviet submarine off the cost of Istanbul's Sile in the international waters of the Black Sea.

Seven hundred and sixty-eight people perished, including 103 children and the entire crew. Only one refugee, David Stoliar, survived, but he passed away in 2014 at the age of 91.

The 768 people, including women, children, babies, the sick and the elderly, were forced to leave their villages, cities and countries as a result of the rise of Nazism and anti-Semitism in Europe.

The Foreign Ministry commemorated those who lost their lives on the Struma and extended condolences to the victims' relatives and to Turkish-Jewish citizens.

“Turkey always, adopts a humane approach with respect to humanitarian tragedies that occur in its vicinity, and feels the responsibility of passing along the memory of this tragedy to future generations," the ministry said.