The Crimean peninsula in Ukraine's southern Black Sea coast was hotly contested during the Turkish-Russian wars of the 18th and 19th centuries. 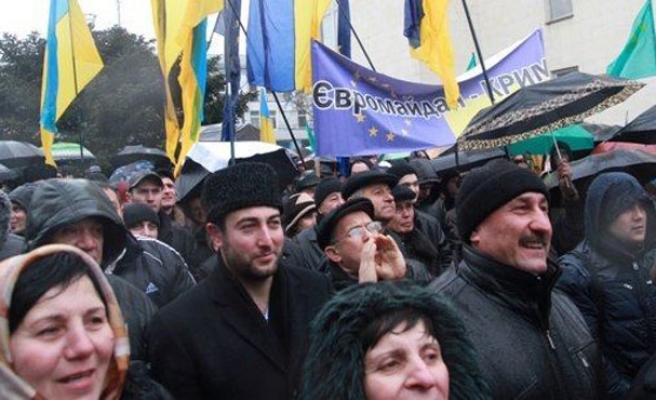 The current political crisis in Ukraine which sees the country divided on its allegiance to Russia is showing signs of developing into a civil war.

Thousands of pro-EU anti-government protesters have been demonstrating against the Ukrainian government since it decided to pull out of an economic agreement with the EU in November.

The government was forced to introduce a protest ban which came into effect over the weekend, but this did not deter protesters. Instead, it only spurred them on more. After days of clashes with police, protesters successfully occupied the Justice Ministry in Kiev.

Following the violence, which left 6 people dead, the Ukrainian justice minister warned to issue an order for a 'state of emergency' if the protesters did not leave the building, which they eventually did.

The government later took a step back on its decision to ban protests, with the prime minister Mykola Azarov resigning. Although the opposition was offered concessions, including taking over the position of prime minister, the opposition rejected the offer and instead demanded that president Viktor Yanukovych also resigns.

All of this chaos has raised new questions over the status of Crimean peninsula located in Ukraine’s southern Black Sea coast. The peninsula, which is the homeland of the Crimean Tatars, was hotly contested between the Ottoman Empire and Russia during the Turkish-Russian wars of the 18th and 19th centuries.

There are already some analysts saying that in the event of Ukraine breaking up, Crimea would be ceded to Russia. However, should this happen, Turkey has a card up its sleeve in the Treaty of Kucuk Kaynarca of 1774, which states that Crimea, which was Ottoman territory at the time, would not become independent from the empire, nor would it be annexed by another country.

However, Russian journalist and member of the International Maritime Law Organization, Sergey Aprelev, said that Crimea, which was annexed by Ukraine in 1954, would be given back to Russia if Ukraine was to split. Aprelev also noted that besides the Kiev government, the only other obstacle to Russia reclaiming Crimea would be Turkey.

In 1991 as the Soviet Union was breaking up, paving the way for an independent Ukraine, Turkey presented the Treaty of Kucuk Kaynarca to claim that they had the right to ask for Crimea to be given back to them. However, at that time Turkey was satisfied with simply campaigning to ensure the rights of their fellow Turkic brethren, the Crimean Tatars, were secured under the new state.