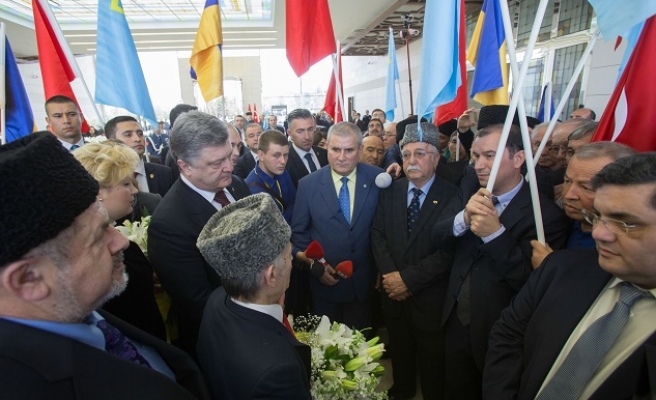 Poroshenko has arrived in Ankara for an official two-day visit along with Crimean Tatars' naional movement veteran Mustafa Dzhemilev and the Chairman of Crimean Tatar Mejlis Refat Chubarov.

Ukrainian president's spokesman has informed that Ukraine and Turkey agreed "to step up efforts to protect the Crimean Tatars in the Russian-occupied Crimea."

Poroshenko thanked Turkey for its support on the issue of opposition to human rights violations in the Russian-occupied Crimea and called on the head of the Turkish parliament Ismail Kahraman to keep up the efforts to maintain this issue on the world agenda.

Kahraman confirmed the non-recognition of the illegal annexation of Crimea and stressed support for the sovereignty and territorial integrity of Ukraine.

At the same time, a Turkey-Ukraine parliamentary friendship group has been formed.