The Turkish Consulate General building in the Greek city of Thessaloniki has been damaged during a demonstration against high-security prisons Friday night. 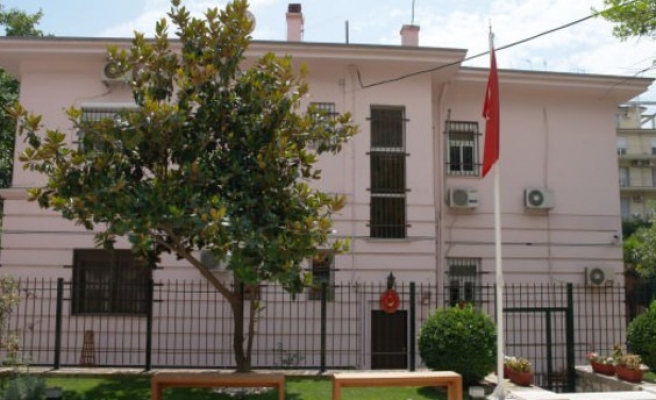 The Turkish Consulate General building in the Greek city of Thessaloniki was struck by Molotov cocktails several times during a demonstration against high-security prisons Friday night, consulate sources told the Anadolu Agency.

At least two people, including a woman passerby were injured in the attack.

Greek police had not intervened when a group of protesters moved from the city center towards the street, where the consulate general was located.

The protesters turned violent and hurled more than 10 Molotov cocktails at the Turkish Consulate General building and at policemen stationed there. The outer wall of the consulate building, a police booth and a bus near the consulate were damaged in the incident, consulate officials told AA.

A police car also caught fire in the attack, they added.

The protesters were demonstrating against high-security prisons and intended to show solidarity with hunger strikers at such institutions in the country.

The police booth in front of the Turkish Consulate General has been attacked at least nine times before.