Ozgurgun said that Greek Cypriot administration did not have a legal right to begin oil and natural gas exploration unilaterally. 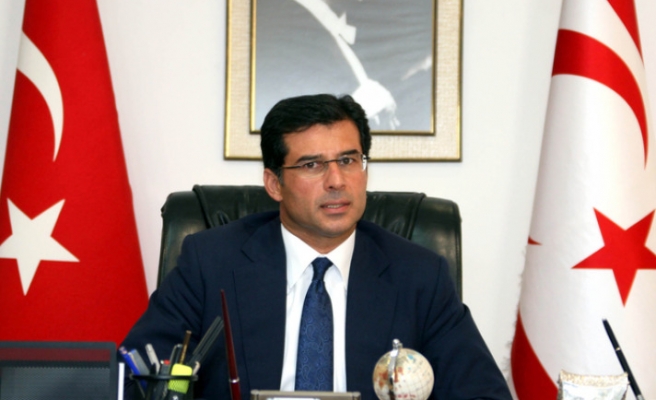 Foreign Minister Huseyin Ozgurgun of Turkish Republic of Northern Cyprus (TRNC) said that required coordinates were set and drilling for oil would soon begin in the north of Cyprus.

Ozgurgun said on Sunday that Turkey's seismic vessel Piri Reis was on its route, adding that coordinates, which were required to start exploration in the north of the island, were set.

Recently, Turkish Prime Minister Recep Tayyip Erdogan and President Dervis Eroglu of TRNC signed in New York an agreement on the delineation of the continental shelf between two countries in the East Mediterranean following a Greek Cypriot move to start offshore drilling for natural gas and oil in the southeast of the Eastern Mediterranean island.

Ozgurgun said that Greek Cypriot administration did not have a legal right to begin oil and natural gas exploration unilaterally.

He noted that Greek Cypriot administration's attitude would affect the Cyprus talks process too.

Piri Reis is able to carry out two-dimension seismic surveys for 20 days.

The Greek Cypriot side had signed a deal with U.S.-based Noble Energy to start drilling in an 324,000-hectare economic zone.