Turkish Cypriot leader Eroglu said if leaders acted with responsibility, it would be possible to find a solution in Cyprus by the end of 2010 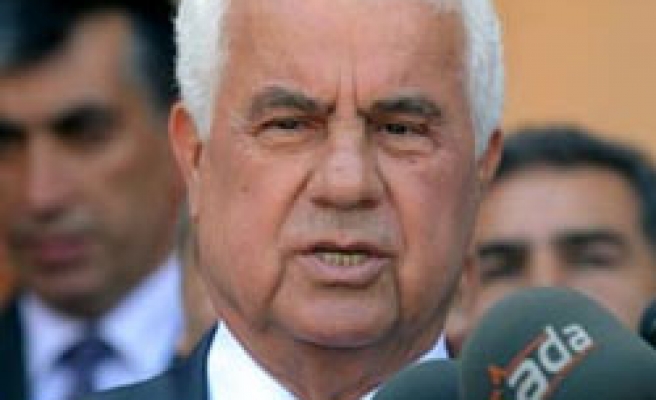 Turkish Republic of Northern Cyprus (TRNC) President Dervis Eroglu said Monday if leaders acted with responsibility, it would be possible to find a solution in Cyprus by the end of 2010.

President Eroglu addressed the Turkish Cypriot nation on TV channels on Monday in order to explain what he has done in Cyprus negotiations since having been elected as the TRNC's new President.

"As soon as I have assumed the position of the TRNC President, I have sent a letter to the United Nations (UN) Secretary General demanding that Cyprus negotiations for a comprehensive solution continue from where they stopped," Eroglu said.

"I have put forward my determination for a fair and permanent peace agreement in Cyprus," Eroglu said.

We believe that if the leaders in Cyprus act with responsibility, we can reach a solution by the end of the current year. I am ready to do what I have to do in this regard, Eroglu stressed.

Touching on the issue of "Property" discussed in Cyprus negotiations, President Eroglu said that the Turkish Cypriots looked at the issue based on bi-zonality.
It is out of question for the people of the TRNC to go back to the days preceding 1974. My colleagues and I will continue to exert efforts so that the Turkish Cypriot people reach the status they deserve in the international arena with their rights and legal entity, Eroglu also said.

Gaining independence from the United Kingdom in 1960, Cyprus became a bi-communal Republic where Greek and Turkish Cypriot constituent communities would share power guaranteed by the UK, Turkey and Greece.

However, reluctant to share power and pursuing a policy of Enosis (Union) with Greece, Greek Cypriots soon expelled Turkish Cypriots from power and terrorised and ghettoised them.

Decades long armed attacks on the defenseless Turkish Cypriots culminated in 1974 when an Athens-backed Greek Cypriot military coup on the island led to Turkey's intervention based on its rights stemming from the Treaty of Guarantee.

Although the Republic of Cyprus as described in the 1959 agreements is no longer there, Greek Cypriots continue to enjoy this title and international recognition while the Turkish Republic of Northern Cyprus, a fully democratic government representing Turkish Cypriots, still suffers under an unfair political and economic blockade.

Cyprus joined the EU as a divided island when Greek Cypriots in the south rejected the UN reunification plan in twin referendums in 2004 even though the Turkish Cypriots in the north overwhelmingly supported it.

The promise made by EU foreign ministers before the referendums to end the isolation of the Turkish Cypriots and establish direct trade with north Cyprus remains unfulfilled.

TRNC is an independent republic located in the north of Cyprus. TRNC declared its independence in 1983, nine years after a Greek Cypriot coup attempting to annex the island to Greece.