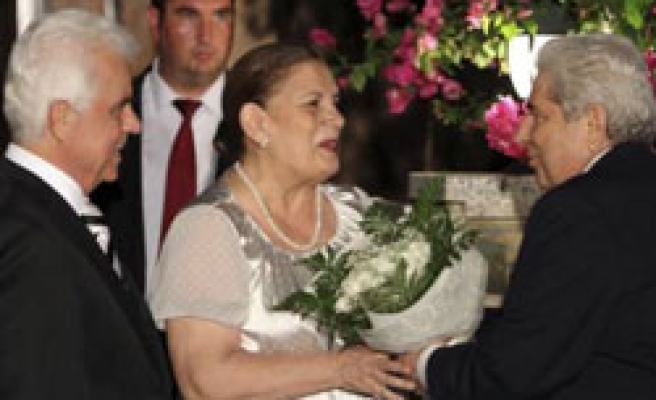 Turkish Republic of Northern Cyprus (TRNC) President Dervis Eroglu hosted a dinner in honor of the leader of Greek Cypriot administration Demetris Christofias and his wife on Wednesday.

Speaking to reporters following the dinner, Eroglu said that meeting with Christofias aside from the negotiation table was crucial for friendship.

This friendship would pave the way for a fair solution at the negotiation table, President Eroglu stressed.

Social activities, such as last night's dinner, have a positive reflection on the negotiation table, Eroglu underlined.

President Eroglu said that Christofias invited him to a dinner but that no date was fixed yet.

Christofias, in his part, told the press corps that the dinner on Wednesday took place in a nice and sincere atmosphere.

The dinner will contribute to our social relations, Christofias emphasized.