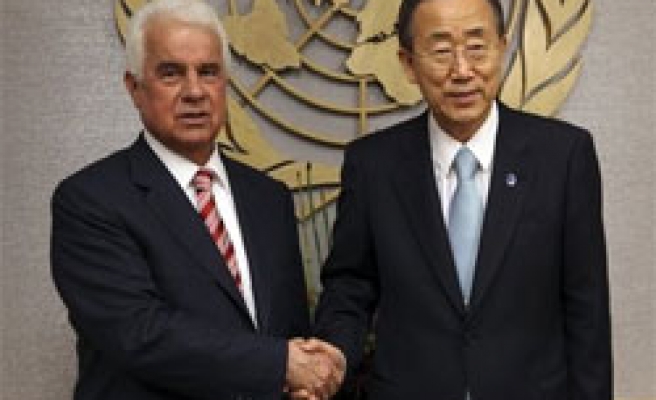 Following the meeting, President Dervis Eroglu told reporters that Ban seemed determined just like the Turkish Cypriot side to reach a conclusion of Cyprus reunification talks by the end of this year.

"Mr. Ban is already aware of our intention to intensify talks and get a result by the end of 2010. We will repeat it to Greek Cypriot leader Demetris Christofias at the negotiation table," Eroglu said.

Eroglu said he informed Ban about Turkish Cypriot side's proposals about property topic. He said, "return, compensation and exchange of properties are included in our proposal package. Our urban transformation project has been welcomed even by Greek Cypriot businessmen. What I can say is that we think it would be appropriate to come together as parties and guarantor powers at the end of talks to launch a give-and-take process."

At a press conference in Turkish House, Eroglu also said that he repeated his request for a three-party meeting of Cypriot parties and Ban during his meeting with UN chief. Eroglu said, "Ban said he would assess the matter."

Eroglu also warned about upcoming Greek Cypriot election scheduled for 2011 and said Christofias would focus on election next year which he said could have effect on Cyprus reunification talks.

"So, there is a risk of losing another year," Eroglu said. "In my opinion, talks may come to an end by the end of this year."

Eroglu added that Turkish Cypriot people were fed up with the course of talks and that their interest in talks were going down day by day.

"We must put a time limit to talks now. Greek Cypriots are against it. If we continue in a way as Greek Cypriot side wants, we will be around the negotiation table for another 5 or 10 years," he said.