Turkish Cyprus says 'B plan' ready for any failure in talks

Turkish Cypriot FM said that they had drawn up an alternate plan in case of a failure in Cyprus reunification talks. 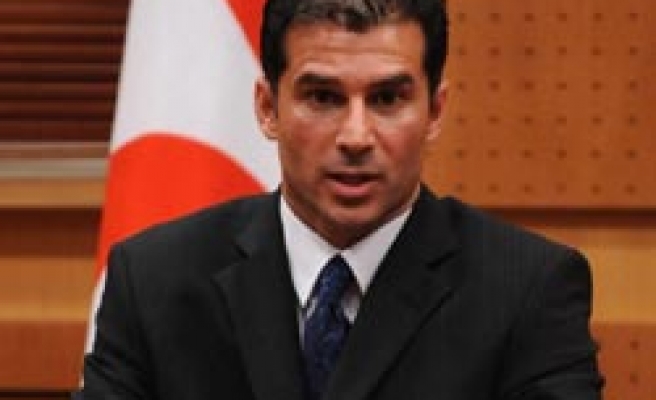 Turkish Cypriot Foreign Minister said Wednesday that they had drawn up an alternate plan in case of a failure in Cyprus reunification talks.

Huseyin Ozgurgun, however, did not elaborate on their plan, saying, "we do not express it due to our intention for a settlement in the island."

Turkish and Greek Cypriot leaders have been continuing UN-sponsored Cyprus talks since September 2008 to reunify the island. Leaders have discussed the "property issue" at their recent meeting on Wednesday.

Turkish Cypriot side has repeatedly said that talks cannot go on forever and must conclude with a settlement by the end of 2010.

In an interview with Turkish Cypriot state-run TV channel BRT, Ozgurgun said Greek Cypriot side wanted to link property issue with territory and settlers from Turkey, in a move to put talks in a difficult course.

"Greek Cypriots are trying to evade a deal. They have never said 'yes' to a state based on equal partnership with Turkish Cypriots. Their aim is to recognize Turkish Cypriots as minority and claim right on the whole island," Ozgurgun said.

Stating that the Cyprus problem could only be resolved by two alternatives, Ozgurgun said, "either two separate states are accepted or a new partnership should be formed."

At this point, he said, the international community should warn Greek Cypriots that Turkish Republic of Northern Cyprus would be recognized if Cyprus reunification talks fail at the end.

"Someone must give a deadline to Greek Cypriot side. This is not a threat but facts must be seen," he said.