Eroglu said the underwater richness around the island of Cyprus did not belong to Greek Cypriots only, but to Turkish Cypriots and Turkey as well. 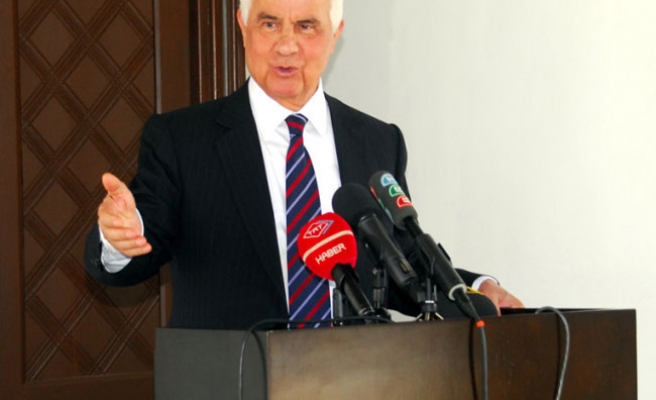 The president and the prime minister of the Turkish Republic of Northern Cyprus (TRNC) reacted Thursday over Greek Cypriot party's plans to launch natural gas exploration activities in the Mediterranean Sea.

Speaking to reporters after the Greek Cypriot side announced that it would begin drilling for natural gas in the Mediterranean as of October 2011, Turkish Cypriot President Dervis Eroglu said "such a move would cause headaches".

Eroglu said the underwater richness around the island of Cyprus did not belong to Greek Cypriots only, but to Turkish Cypriots and Turkey as well, and therefore, the Greek Cypriot party should not initiate exploration activities in the region.

TRNC's Prime Minister Irsen Kucuk also said that exploring the underground richness around Cyprus before achieving a settlement in the island would lead to several inconveniences.

Kucuk noted that Turkish Cypriots had certain rights stemming from the Treaties of 1960 concerning the waters surrounding Cyprus.

The prime minister said he believed the Greek Cypriot administration would act with common sense and reconsider its decision to explore natural gas.

The Eastern Mediterranean region, including the coastal areas near Cyprus, Israel, Lebanon and Syria, is believed to have accommodated a massive amount of natural gas resources.