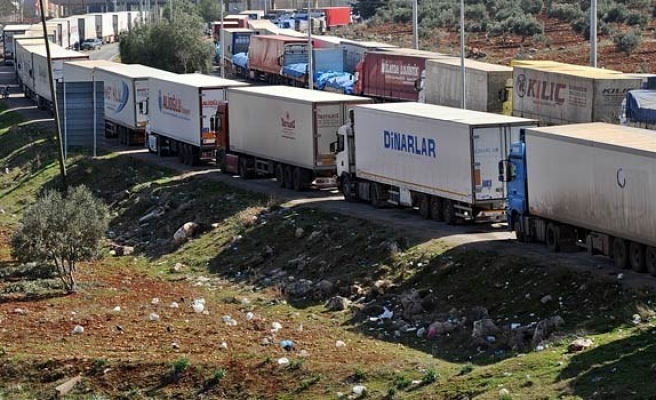 World Bulletin / News Desk
Bad weather in Austria has resulted in hundreds of Turkish trucks to be backed up in the Italian harbour of Trieste for the last five days waiting to get on transport trains through Austria to central Europe, Turkey's leading road transport associations said Wednesday.

Around 120,000 Turkish trucks per year enter central and northern European countries, including Turkey's number one trading partner Germany, through Austria, but the latter grants only 15,000 road transit permits to Turkish transport trucks.

The regular procedure is that trucks arrive in Trieste on ferries from Turkey and wait for 12 hours in the harbour to be conveyed to wagons.

In a written statement, Turkey’s International Transport Companies Association (UND) reiterated a 2007 agreement between Austria and Turkey, according to which Austria is obliged to grant road transit permits for trucks which wait for more than 12 hours due to compelling reasons.

UND also announced that Turkish truck drivers staged a protest over the delays in railroad transportation of their trucks.

Earlier this month, Turkey had a transport row with neighboring Bulgaria when both countries closed their borders after Sofia approved only 5,000 of the 125,000 transit permits requested by Turkish trucks at the beginning of the year.