Turks in Netherlands demand Turkish language to be retaken in curriculum 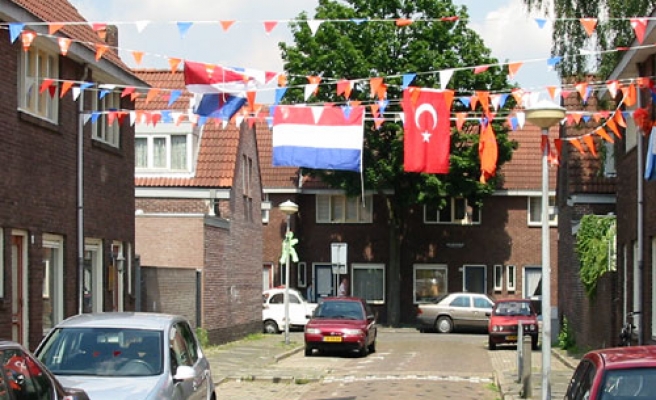 The campaign launched by the Turkish community in the Netherlands in order to have Turkish language back in curriculum, draws great attention. Turkish was removed from Dutch curriculum in 2004 as a saving measure.  46 thousand signatures were collected for the campaign initiated for Turkish language course to be taught in primary schools.

Mustafa Ayranci, Chairman of Union of Turkish Workers in Netherlands pioneering the campaign stated on Wednesday that they would submit the signatures collected to the Parliament. Stating that they expect the respective commission in Parliament to evaluate their demand, Ayranci said that the first law suit in this context would take place on Monday.

Reminding that 40 thousand signatures are enough for Paliament to evaluate an issue, Ayranci expressed that in case that they win the case the government shall take action immediately.

Underlining that the signatures refute the rationale of the government to exclude Turkish from the Dutch curriculum claiming that society is not interested in learning mother tongue, Ayranci stated that they reached this number of signatures via social media and efforts of volunteers for the issue.

The campaign started in October 2012 by the initiative of the Union of Turkish Workers in the Netherlands (HTIB), and supported by various non-governmental organizations. The initial hearing of the lawsuit filed against the Dutch government is set to take place on September 30 in the Hague.

This is a great development. The Turks are formally admitting that they have no interest in integrating into "degenerate" Dutch culture and that includes the Dutch language. This is a symbolic step against "integration" and the Dutch native white population will be further polarized against these people seeing them as "invaders" rather than newcomers who want to contribute to Dutch society.

Go back to Turkey....filthy vermin.