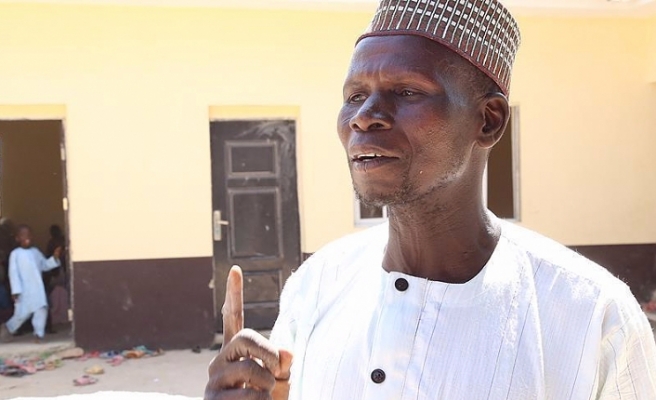 Turks living in Germany built a school in a Nigerian village, south of the capital Abuja.

The Hansa Association, founded by Turks living in Frankfurt, helped build the school in the village of Gbessa, where the children had been receiving education under a mango tree for the past eight years.

In Nigeria, some 13.2 million children do not have access to schools due to security problems and economic reasons.

Adam Said Ali, a teacher of the school told Anadolu Agency: "We used to teach in a small madrasa due to financial difficulties. When the number of students increased, the madrasa was not enough so we started to conduct our lessons under a mango tree in the garden."

Ali said that Turks visited the village in January and decided to build a madrasa, adding: "Fortunately, they did not only settle for a madrasa, but also built a school."

Hundreds of students enrolled to the new primary school for the next school year, he said.

"We Gbessa residents thank the Turks as much as we can. We have nothing to offer to them other than our prayers. May God bless them." he added.

Dogan Gokmen, chairman of the Dar'ul Erkam Foundation in Nigeria, stated they built a mosque and well in the area previously and the people asked us to build a school for children.

"We have completed the construction of the school and the madrasa part of the building is now operational," said Gokmen, stating that the madrasa will serve people from all ages.

Gokmen thanked the Hansa Association for covering the expenses of the school compound and expressed his hope that the cooperation will continue.