Nahin Ahmed and Yusuf Sarwar, both 22 from Birmingham, were arrested at London's Heathrow Airport on their return to Britain 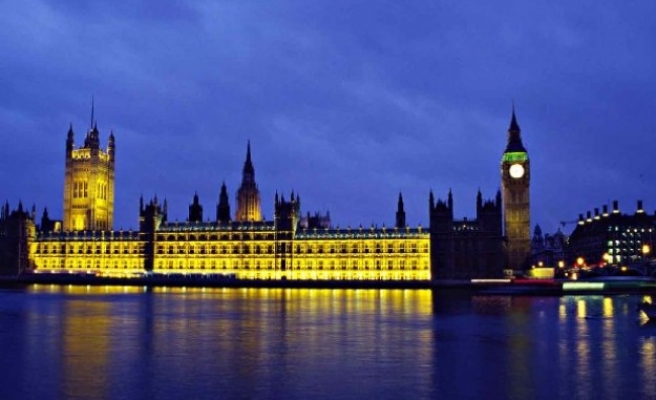 Two Britons were jailed for almost 13 years each on Friday after admitting they had joined an al Qaeda-linked group fighting in Syria.

Nahin Ahmed and Yusuf Sarwar, both 22 from Birmingham, were arrested at London's Heathrow Airport on their return to Britain in January, eight months after Sarwar's mother reported her son missing to police.

They had told their families they were going on holiday to Turkey but Judge Michael Topolski, who gave them prison sentences of 12 years and 8 months, described them at Woolwich Crown Court as "fundamentalists who became interested in and deeply committed to violent extremism".

Their jailing comes after the government proposed tough new powers to try to stop Britons travelling to Syria and Iraq, and to crack down on returning fighters, who it says pose a serious risk to national security.

"This case typifies the challenges both police and families are facing when it comes to young people being influenced to join the conflict in Syria or Iraq," said Detective Chief Superintendent Sue Southern, head of the West Midlands Counter Terrorism Unit.

"These two men had no previous connections to extremist organisations and no police record. They were not known to us."

She said one of them had been influenced by online and he had then radicalised his friend.

Some 500 Britons are thought by the authorities to have travelled to Syria and Iraq, and around half have returned home.

Mashudur Choudhury, 31, who in May became the first Briton to be convicted of a terrorism offence related to the conflict after being found guilty of planning to travel to Syria to commit terrorist acts, was also jailed for four years on Friday.

Last month, two brothers from London became the first Britons to be convicted for attending a militant training camp in Syria.

Home Secretary Theresa May has warned that Britain is facing the biggest terrorism threat in its history, and said about 40 major plots had been thwarted since suicide bombings killed 52 people in London in 2005.