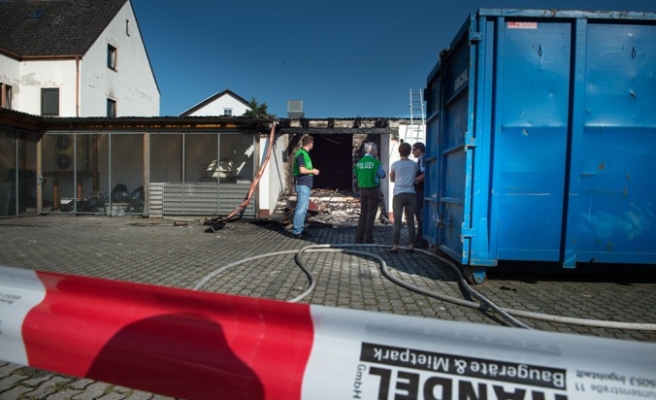 Two refugee shelters in Germany have been attacked, police said Wednesday, hours before Chancellor Angela Merkel is due to visit a centre for asylum-seekers that was hit by violent far-right protests.

A man was seen flinging a Molotov cocktail into a refugee home in the eastern city of Leipzig which was due to house 56 asylum-seekers from Wednesday, police said in a statement.

Only a mattress was burned as a witness was able to raise the alarm swiftly.

Meanwhile in the town of Parchim, also in eastern Germany, police arrested two men who had charged into a refugee shelter wielding a knife.

Several residents, who were outside when the incident took place, alerted the police after noticing that one of the two suspects was holding a 20.5-centimetre (eight-inch) knife.

Both were shouting anti-migrant comments. Police ran blood tests on them for alcohol levels.

German authorities have been alarmed by a wave of attacks targeting refugee centres, as the country braces to host a record 800,000 asylum-seekers, four times the number taken in last year.

The town of Heidenau, near Dresden in eastern Germany, was the scene of violent protests over the weekend against the opening of a new centre for refugees.

Merkel will travel to the centre to meet with refugees, volunteers and security staff later Wednesday.

She slammed the protests as "vile" on Monday, reserving her strong words not just for neo-Nazis but also families with children who joined the anti-migrant demonstrations, calling such support for the protests "shameful".