Tymoshenko to have treatment in Germany 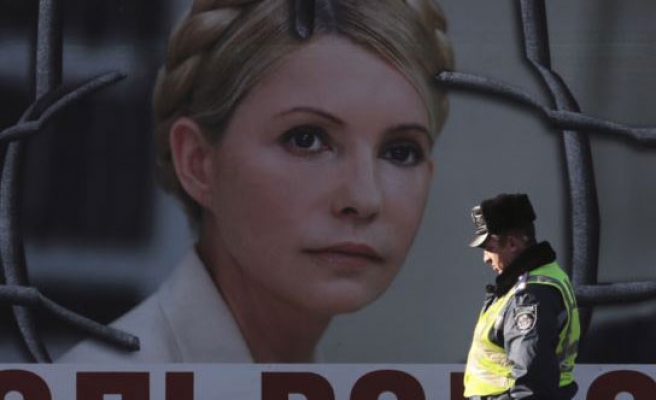 Ukrainian opposition leader Yulia Tymoshenko has accepted an invitation from Chancellor Angela Merkel to be treated for a back problem in Germany, a decision made possible by the ouster of Viktor Yanukovich as president, her party said on Monday.

Hours after the removal of her bitter rival on Saturday, the former prime minister was released from the hospital where she had been held under prison guard for most of the time since she was convicted of abuse of office in 2011.

Tymoshenko's Batkivshchyna party announced her decision on its website. It said the 53-year-old would go to Berlin's Charite Hospital after attending a meeting of the European People's Party but gave no further details.

The EPP is due to congress in Dublin on March 6-7.

Tymoshenko, who addressed anti-Yanukovich protesters on Kiev's Independence Square from a wheelchair on Saturday evening, has not said what her plans are. But she is widely expected to run in a presidential election on May 25.