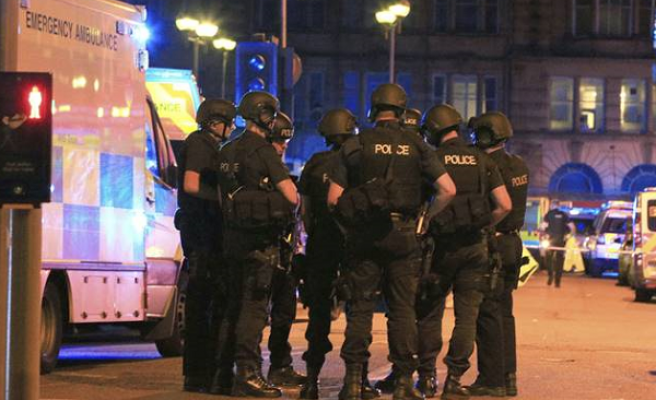 At least 19 people were killed and dozens more injured Monday in an explosion at a concert by pop star Ariana Grande in the northern city of Manchester, authorities confirmed.

Approximately 59 people were injured at the Manchester Arena.

They are being treated at six hospitals, Chief Constable Ian Hopkins from Manchester police said at a news conference.

Police said earlier the blast at the 21,000-seat arena shortly before 10.35 p.m. (2135GMT) local time was being investigated as a terror attack.

"We are working to establish full details of what is being treated by police as an appalling terrorist attack,” Prime Minister Theresa May said in a statement early Tuesday.

"All our thoughts are with the victims and the families of those who have been affected,” she added.

The explosion occurred outside the venue, according to a statement by the arena that sought to assure patrons security at the location was adequate.

The current terror threat level in the U.K. has been severe, which means a terror attack is highly likely.