Scottish First Minister Alex Salmond heads to Belgium to seek the support of the European Union for Scotland's independence campaign. 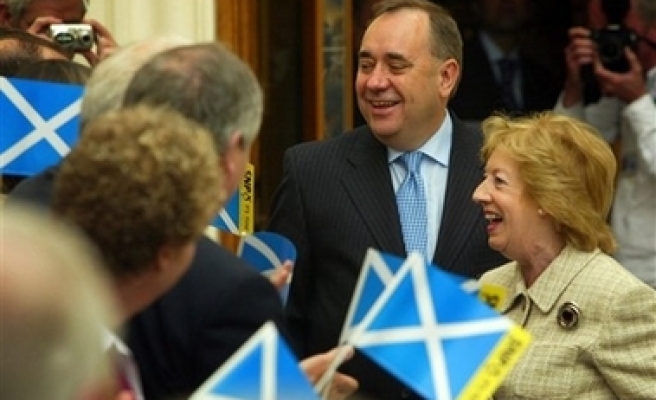 British Foreign Secretary William Hague as written a letter to the pro-independence Scottish First Minister Alex Salmond ahead of the latter's speech in Belgium.

Salmond, who seeks to speak on the "constructive role an independent Scotland could play in the EU," is set to outline the role Scotland can play in providing "energy security for Europe".

Hague, who previously warned that Scotland faces ejection from the European Union if it become independent from the United Kingdom, said: "People in Scotland deserve to have the available facts ahead of making one of the most important political decisions in the history of our union."

"The terms of EU membership which your government has said it will seek to secure for an independent Scotland are at odds with the EU's own rules of membership," he added.

Scotland's government have proposed a solution to this problem by suggesting an amendment to the EU Treaty's 48th Article, which would allow the EU to facilitate an independent Scotland's membership without Scotland having seek accession as a new member state.

However, all 28 member states would have to agree to make such an amendment, which may be difficult considering that many European countries face separatist movements in their own countries which could gain legitimacy should the law be changed.

Scotland argues that it could become a richer country by gaining control over its own resources in the North Sea instead of channeling the money to London. Salmond also said that Scottish independence would balance the economic power in England by increasing business in England's poorer north.

Scottish people will vote on their independence from the UK on September 18, with popularity for the 'yes' camp growing more and more every day.