UK apologized to Turkey for protests

UK government has apologized for anti-Turkish protests outside PM office 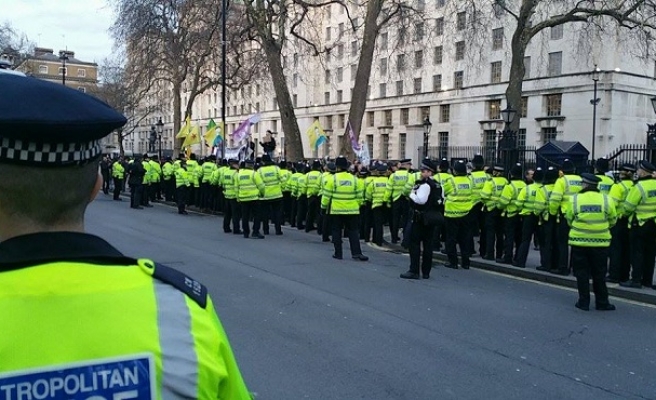 Sources suggest that British government expressed condemnation for occurences that happened prior and following Davutoglu's visit to Cameron's office.

According to the reports, the Turkish officials were communicated the British government's deep regrets and the unacceptability of such protests.