Newly appointed minister will be dealing with 20,000 Syrian refugees Britain is due to accept over next 5 years 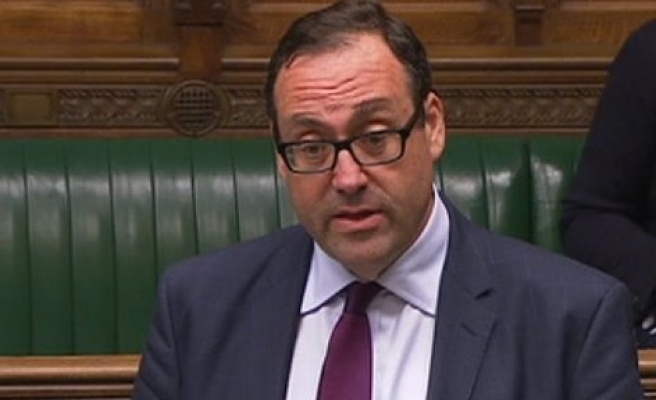 Britain on Monday appointed a minister to deal specifically with the 20,000 Syrian refugees that the country has agreed to resettle over the next five years from camps bordering the war-torn country.

Harrington will be an under secretary -- the lowest rank of the three tiers of Britain's government.

The prime minister was on Monday visiting a refugee camp in Lebanon "to see for myself and to hear for myself stories of refugees and what they need.

"Britain is already the second largest donor to refugee camps to this whole crisis, really helping in a way that many other countries aren't with serious amounts of money," he said.

"We will go on doing that including increasing the amount of money we are giving to educate Syrian children here in Lebanon and elsewhere. I think that's absolutely vital."

The prime minister arrived in Beirut on Monday for a one-day visit, a Lebanese government source said.

Cameron was to visit a refugee camp in the Bekaa valley in eastern Lebanon, the source said. The country hosts more than 1.1 million Syrian refugees.

He was also due to hold talks on the refugee crisis with his Lebanese counterpart Tammam Salam.

Cameron announced earlier this month that Britain would take in 20,000 more Syrian refugees, amid growing pressure at home and abroad to address the crisis.

The country has taken in around 5,000 since the Syrian conflict began in 2011.

Around £40 million of this will be allocated to the UN and NGOs working in Lebanon, Jordan and Turkey to provide shelter, food, relief packages, health and protection services, as well as cash assistance, Downing Street said Monday.

"For thousands of refugees this money means a meal for their families, the security of a home with basic sanitation and clean water," said Cameron.

"Our goal remains to support the development of a secure, stable and peaceful Syria. Without our investment in international development, the numbers of people seeking to embark on a perilous journey to Europe would be far greater."

Nearly 12 million people have been displaced by the conflict, according to official estimates.