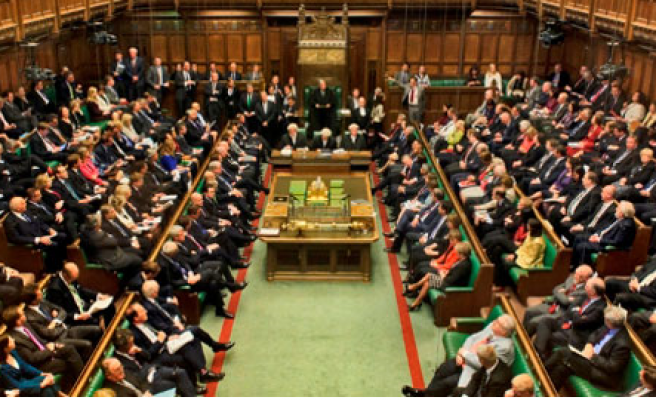 British Defence Secretary Sir Michael Fallon has become the first cabinet minister to admit inappropriate behavior, as a wave of sexual harassment accusations engulfs some of the country’s political leadership.

Fallon, who was identified by a tabloid newspaper, admitted via a spokesperson that he repeatedly touched journalist Julia Hartley-Brewer’s knee at a dinner in 2002.

However, Hartley-Brewer tweeted that she had not been "remotely upset or distressed". She said she rejects idea that Fallon -- who said he subsequently apologized -- should be pursued over the incident.

“I have not been a victim and I don’t wish to take part in what I believe has now become a Westminster witch-hunt,” she wrote.

On Monday, Prime Minister Theresa May called for action after a series of allegations of sexual harassment and impropriety involving some of the country's lawmakers began to emerge.

May wrote to House of Commons Speaker John Bercow, asking his office to “assist me in doing all we can to ensure the reputation of parliament is not damaged further by allegations of impropriety".

However, Bercow said it was lawmakers’ job to introduce a grievance scheme.

“It does not require my intervention for the party to adopt an effective grievance scheme,” he added.

May’s letter came after dozens of lawmakers, including 20 ministers, were accused of inappropriate behavior in a secret list reportedly compiled by party aides, researchers and office staff at parliament.

Former Welsh Secretary Stephen Crabb -- a one-time contender for leadership of the Conservatives -- apologized for sending explicit messages to a young woman after a job interview at Westminster in 2013, according to a report in the Sunday Telegraph.

A number of lawmakers in the U.K. parliament spoke yesterday about colleagues being made to feel “deeply uncomfortable” by some MPs, particularly in the institution’s bars and social areas.

Labour MP Chi Onwurah told fellow lawmakers her complaint to an officer of parliament was effectively ignored, with the claim such behavior happened in “pubs all over the country”.