The event has brought some of the world's biggest arms companies together with a number of government, military and police delegations 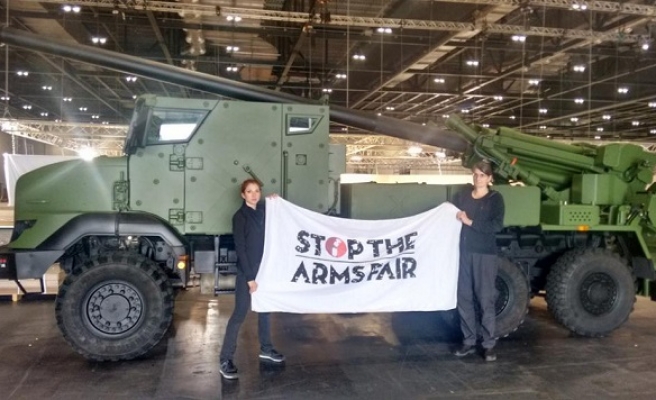 UK is hosting Security & Policing 2016, an arms fair with a particular focus on surveillance equipment and weapons that can be used for internal repression, which kicked of Tuesday and will come to an end Thursday.

"The government is always talking about human rights and democracy and telling us how 'rigorous' and 'robust' its arms export criteria is, but nothing could be further from the truth. A large number of the police forces and military delegations in attendance have been accused of torture, arbitrary detention and other terrible human rights abuses," Andrew Smith of Campaign Against Arms Trade (CAAT) said.

"The delegations have been invited by UKTI Defence & Security Organisation (UKTI DSO), the civil service trade body that exists to promote arms exports. UKTI DSO will have private meetings with representatives from countries that it wants to promote exports to. At present two thirds of UK military exports go to the Middle East, with the largest buyer being Saudi Arabia," he said.

"Civil servants and arms dealers will be using Security & Policing as a chance to promote arms sales to human rights abusers and dictatorships like Bahrain, Egypt and Saudi Arabia. It is yet another reminder that the government is not just an observer in the global arms trade, it is an active participant," Smith added.

Around 350 arms and security companies are expected to attend, including BAE Systems, Babcock International and Finmeccanica, as well as surveillance companies such as Gamma Group and The Hacking Team.