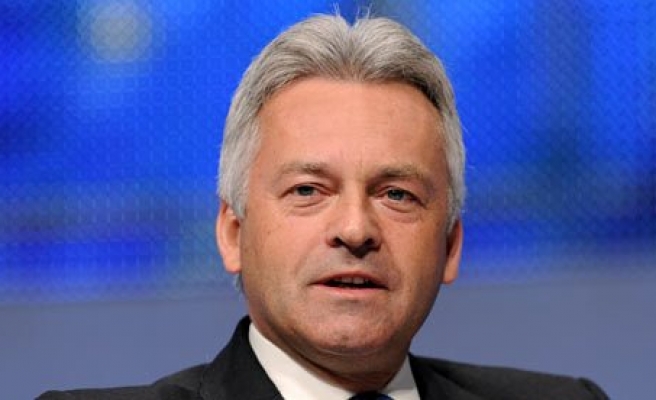 The U.K. is pleased to be the first country to have condemned the July 15 coup attempt in Turkey, Britain’s Minister for Europe and the Americas Alan Duncan said Monday.

Speaking at the 94th Republic Day reception held by the Turkish Embassy in London, Duncan said “overturning a legitimate government” is unacceptable.

Bilgic welcomed the guests with a speech, underlining that “Mustafa Kemal Ataturk, the founder of modern Turkey, and his reforms paved the way for comprehensive political, social and economic transformation across the country for decades”.

“And successive generations have wholeheartedly embraced the ideal of raising our nation above the level of contemporary civilizations,” Bilgic said.

Bilgic said Turkey and the U.K. have enjoyed “deep and comprehensive relations as allies and strategic partners” and the two countries “stood together in the face of many common challenges”.

Bilgic reminded that the U.K. was undertaking Brexit negotiations and said he was optimistic about the future, especially of Turkish-British relations.

“On the very day when I was appointed, there was the unacceptable coup attempt in Turkey, which I am pleased to say that the United Kingdom was pretty well the first to condemn,” Duncan said.

“And we condemn it still because trying to overturn a legitimate government of any country is unacceptable. And I am very pleased to say…I visited Turkey five times, and the relationship between the United Kingdom and Turkey is in very good shape indeed.”

Congratulating Turkey on the 94th anniversary of the Republic, Duncan said, “I think the British public share my passion for Turkey, with nearly 2 million visiting last year.”

“Our trade relations (are) growing and expanding in all areas,” he added.

“We see you with your recent very good economic news as a country of huge opportunity.”

Underlining that Turkey and the U.K. “look at each other as a source to expand trade and massive economic cooperation,” Duncan said “we also share some important challenges that matter to the world; on terrorism, on migration and on tackling instability in the Middle East”.

“Those who wag their fingers at you need to have a bigger finger wagged back at them. You matter to us.”

“I look forward to many, many decades of growing cooperation and bilateral friendship between Turkey and the United Kingdom,” he added.