UK court approves extradition to US of mentally ill Briton

Haroon Aswat, a 39-year-old British citizen, may be deported to the U.S. despite beinbg diagnosed with paranoid schizophrenia. 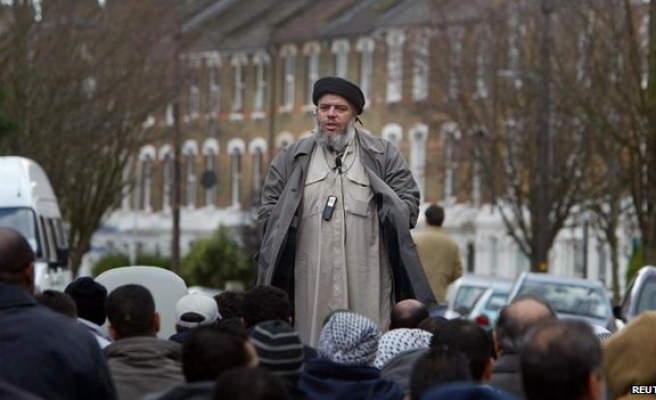 Britain can extradite to the United States a mentally ill man alleged to be a lieutenant of Abu Hamza, a London imam convicted of terrorism charges in New York in May, London's High Court ruled on Thursday.

The United States alleges that Haroon Aswat, a 39-year-old British citizen, conspired with Hamza, a former London-based preacher, to establish a militant training camp in the state of Oregon in 1999.

But attempts to extradite him were blocked by the European Court of Human Rights last year because of fears about his mental health.

Aswat's legal team has 24 hours to decide whether to seek leave to appeal to the Supreme Court. Subject to the result of any application, police and U.S. authorities will begin arranging his extradition, Britain's interior ministry said.

Aswat, who was born in the northern English county of Yorkshire, was detained in 2005 in Zambia and deported to the United Kingdom, where he was arrested on his arrival following a request from the U.S. for his extradition.

He has been in detention since then. But in March 2008 he was transferred from prison to Broadmoor, a high-security psychiatric hospital in southern England, where he was diagnosed with paranoid schizophrenia and has since received treatment.

Last year, the European Court blocked his extradition to the U.S. because of the severity of his mental condition, saying his likely detention in a potentially "more hostile" environment could cause his mental and physical health to deteriorate.

British Home Secretary Theresa May said she would nevertheless continue to seek his removal to the U.S. and in April, the High Court sought assurances that an extradition would not expose Aswat to inhuman or degrading treatment.

Welcoming Thursday's decision, Britain's interior ministry said the court clearly agreed that American authorities had provided sufficient assurances over the conditions in which Aswat would be held.

Abu Hamza, who was indicted in the United States in 2004 under his birth name, Mustafa Kamel Mustafa, spent eight years in prison in Britain for inciting violence before his 2012 extradition.

U.S. prosecutors charged him with providing a satellite phone and advice to Yemeni militants who kidnapped Western tourists in 1998, of dispatching two followers to Oregon to establish a militant training facility and sending an associate to Afghanistan to help al Qaeda and the Taliban.

After a four-week trial, a jury of eight men and four women found him guilty on all counts following less than two days of deliberation. He could face life in prison when he is sentenced this month.