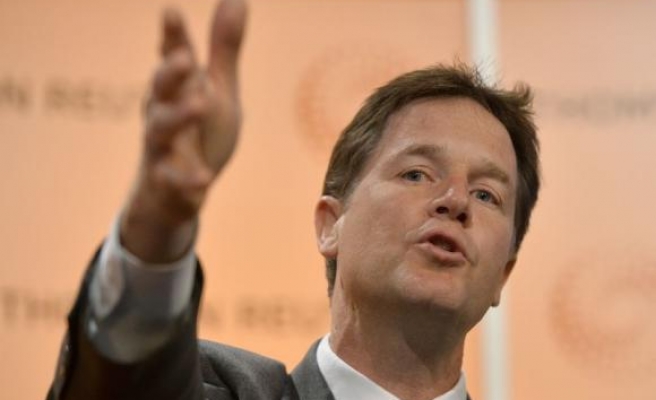 Britain's Deputy Prime Minister Nick Clegg said on Thursday he would support an inquiry into whether British spies were complicit in CIA torture of terrorism suspects, if other investigations failed to uncover the truth.

Clegg said that while he was sure British intelligence agents were not involved with torture now, allegations that spies had known about the mistreatment of detainees by U.S. authorities and others had to be fully examined.

"I, like everybody else, want the truth out there," he told LBC radio. "Torture cannot, will not, and is not being used under any circumstances by British agencies or indeed on our behest."

According to a U.S. Senate report published on Tuesday, the CIA misled the White House and public about its torture of detainees after the Sept. 11 attacks and acted more brutally and pervasively than it had acknowledged.

The heads of MI5 and MI6 have repeatedly said they would never use torture to gain information, and ministers have also denied knowledge of sending suspects to face torture abroad.

However, an inquiry headed by retired senior judge Peter Gibson, set up by Prime Minister David Cameron, concluded last year that British spies had known about the U.S. mistreatment of suspects.

His findings are being further examined by parliament's Intelligence and Security Committee.

"Once the police investigations are done, once this report from the Intelligence and Security Committee is done, we should keep an open mind .. about moving to a full judicial inquiry if there are any outstanding questions," Clegg said.

Clegg, leader of the Liberal Democrats, the junior member of the coalition government, said the "explosive" Senate report had shown torture had not kept the West safer and was detrimental to efforts in stopping recruits to ISIL.

Cameron said this week the use of torture "was always wrong", but appeared to dismiss the need for a new inquiry, telling reporters that the issue "has been dealt with from the British perspective".

Lawmaker David Davis, who ran against Cameron for leadership of the Conservative Party in 2005, said by using torture "we have become our enemies' most effective recruiting sergeant".

"We may not have engaged in torture ourselves, but time and time again we have turned a blind eye," he wrote in an article on the Conservative Home website.

"There is now little doubt that the government operated a secret policy of complicity in torture in the years after 9/11."