Police personnel have been deployed around the Dudley Central Mosque, where a counter protest has started by United Against Fascism. 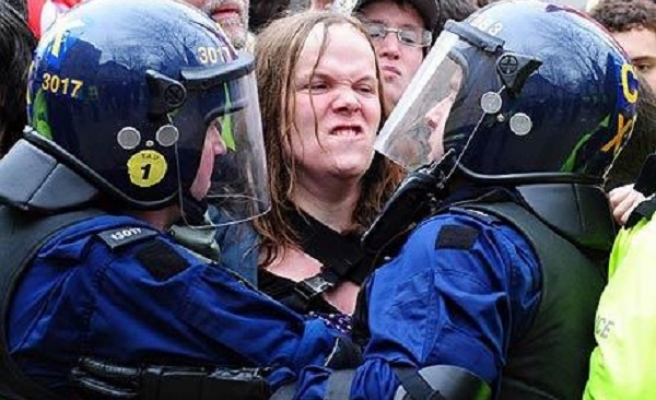 There was a heavy police presence around the Dudley Central Mosque, where a counter protest organized by United Against Fascism, a street movement targeting fascism and racism in the United Kingdom, began.

Roads were cordoned off and police restricted access to the protest sites.

The United Against Fascism started its demonstration with a concert where musicians could be seen singing peace and love songs only about 50 yards away from the mosque.

At least five coaches were waiting by Dudley Port station where EDL members were expected to arrive in the town.

EDL had announced earlier that they were going to start their rally only yards away from the Dudley police station at around 1 p.m.

In 2010, EDL’s visit to Dudley saw at least 12 arrests from the fascist organization amid clashes.