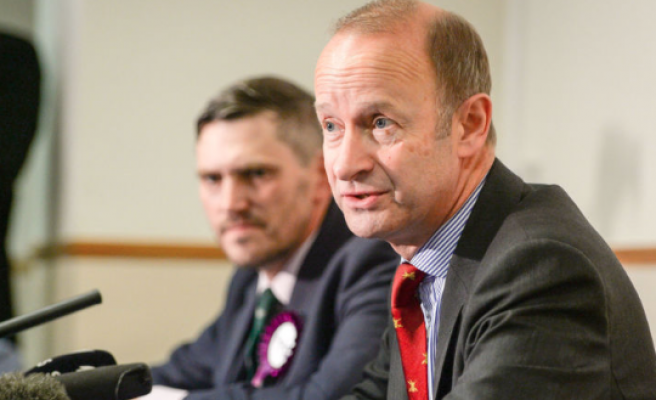 A former soldier and police officer, Bolton won the race with around 30 percent of the vote to become UKIP’s fourth leader in a year.

He defeated rival Anne Marie Waters, who had provoked controversy with hostile comments about Islam.

The Eurosceptic party had campaigned for Brexit and its former leader Nigel Farage stood out as a staunch supporter of the Leave campaign.

Despite seeing June 2016’s Brexit referendum ending in a decision to leave the EU, the party has been dogged by infighting and resignations.

Under Nuttall the party introduced a so-called “integration agenda” aimed at Muslims, including a proposed ban on wearing a full-face veil in public.

It also used anti-Turkey slogans in its campaigns.

UKIP has no remaining MPs in the British parliament and lost all council seats bar one across the country in the last local elections.