Reports say that the expected exceeding population of 70 million till 2030 will have an impact on the way the land is used due to the extra demand for living space and food. 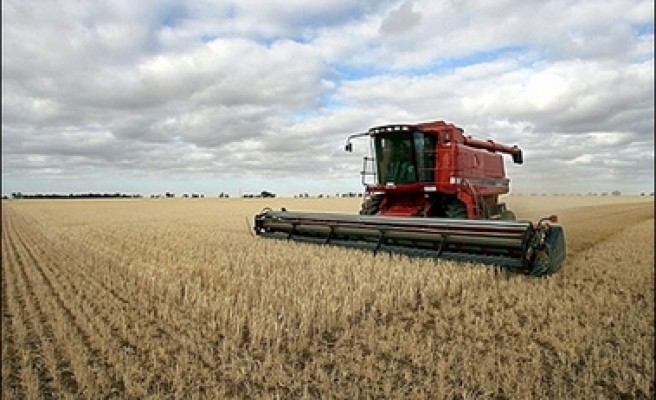 Britain is running out of land for food and faces a potential shortfall of two million hectares by 2030 according to new research.

University of Cambridge reports that the growing population plus the use of land for energy crops are contributing to the gap.

Over 24 million hectares with more than 75% of that used for farming equaşs to the total land area of the UK.

The UK still imports large amounts of fruit and vegetables and other farm products including pork while they also have self sufficient in products like barley, wheat, milk, lamb and mutton.

Overall the UK runs a food, feed and and drink trade deficit of £18.6bn.

Reports say that the expected exceeding population of 70 million till 2030 will have an impact on the way the land is used due to the extra demand for living space and food.

Further limitations on the stock of land for food, the government is committed to using bioenergy crops such as miscanthus as renewable sources of energy.

"That is putting some very significant future pressures on how we use our land," said Andrew Montague-Fuller, the report's lead author.

"If you look at the land that is required under some of the bioenergy projections made by the Department for Energy and Climate Change, that could potentially take some significant chunks of land."
The report estimates that all these factors will require an extra seven million hectares of land by 2030.

However a factor that will offset this is reductions in the 19% of food an drink that are wasted in the UK.

Andrew Montague-Fuller says that Britain might not be compatible with the country's needs because of its future farming landscape.

He said: "We may well find that there's a large amount of the land growing biofuels, has solar panels and wind farms on it, when actually we need more land put aside for the food needs of our growing population.

"We may get the balance wrong if we don't face up to this shortfall."

What about re-starting the 1.5 Million hectares that according to Eurostat is abandoned? Less productive, yes, but with adapted sorts and precise GPS-based treatment you can still get a lot out of this land.