UKIP leader Nigel Farage called on the West to ally itself with Vladimir Putin in the fight against "Islamic extremism.” 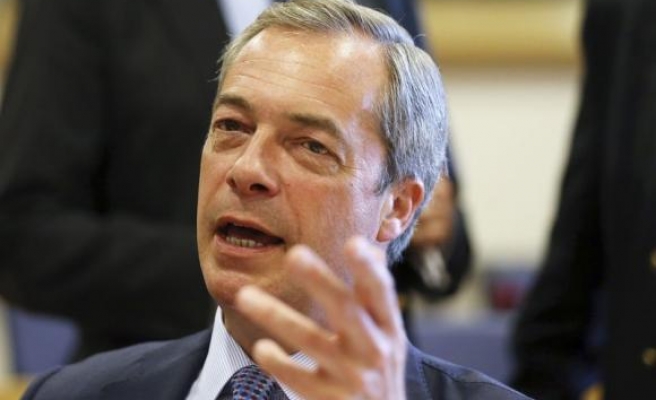 The leader of Britain's popular Euro-sceptic UK Independence Party (UKIP), Nigel Farage, has called on the West to ally themselves with Russian president Vladimir Putin for the purpose of fighting "terrorism.”

Farage, who is tipped by some to become Britain's next prime minister after leading his party to victory in the European Parliamentary elections, was quoted by The Telegraph saying that Western countries must stop "playing war games in Ukraine” and poking the “Russian bear with a stick,” adding that Putin was on their side in the war against "Islamic extremism.”

Having caused controversy in the past by admitting that Putin was the statesman he most admired, Farage told the European Parliament on Tuesday morning of his sympathetic interpretation of Russia’s invasion of Ukraine as being a reaction to an uprising that Europe “directly encouraged.”

Despite the fact that the West has accused Putin of supporting the Assad regime in Syria, which has been responsible for the death of over 150,000 people in the Syrian civil war, Farage urged Europe to prepare a “plan” to deal with the “real threat,” referring to so-called Islamic extremists.

“Perhaps we better recognise that the West faces the biggest threat and crisis to our way of life we have seen for over 70 years. The recent beheadings of the British and American hostages graphically illustrates the problem and of course we have our own citizens from our won countries engaged in that struggle too.

“In the war against Islamic extremism, whatever we may think of him as a human being, he is actually on our side.

“I suggest we grow up, I suggest we recognise the real threat facing all of our countries, communities and societies, we stop playing war games in the Ukraine and we start to prepare a plan like Syria, like Iraq, like Kenya like Nigeria or Syria and help the deal with the real threat that faces us. Let’s not go on provoking Putin whether we like him or not.”

Farage also added: "Amongst the long list of foreign policy failures and contradictions in the last few year, amongst them the bombing of Libya, the desire to arm the rebels in Syria, has been the unnecessary provocation of Vladimir Putin.

“This EU Empire, ever seeking to expand, stated its territorial claim on the Ukraine some years ago, just to make that worse of course some NATO members said they too would like the Ukraine to join Nato

“We directly encouraged the uprising in Ukraine that led to the toppling of the president Yanukovych and that led in turn of course to Vladimir Putin reacting. And the moral of the story is if you poke the Russian bear with stick...”

Earlier this month, Farage urgedhis countrymen to stand up for its 'Judeo-Christian' values in an interview with Fox News presenter Sean Hannity.

In the interview, Farage said that new anti-terror measures introduced by UK Prime Minister David Cameron, which would see the passports of those suspected of fighting for illegal organizations abroad seized, were simply "following" his lead.

Farage also blamed the rise in young Britons wanting to fight for the so-called Islamic State militant group in Syria and Iraq on a loss of traditional values, indicating that he would like to see new measures introduced in schools, prisons and other public institutions where people are "radicalised."