Two minutes of silence held across U.K.; ceremony at the Arc de Triomphe memorial in Paris marks the end of hostilities in 1918 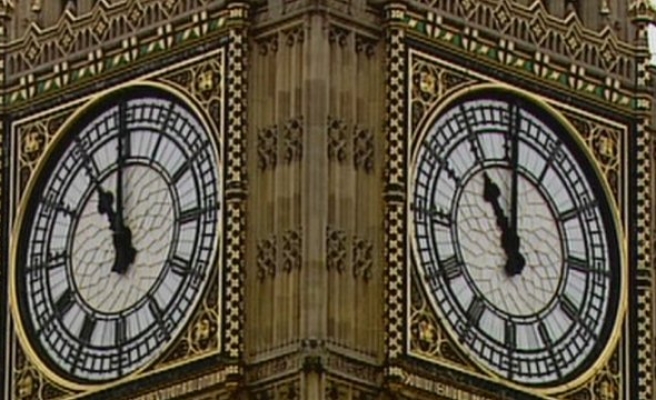 The U.K. and France on Wednesday commemorated the end of World War I.

Two-minutes of silence were observed across Britain on Wednesday morning to mark the 97th anniversary of the First World War’s conclusion.

France celebrated a public holiday on Wednesday, known as Armistice Day, or Remembrance Day, in memory of the "Great War".

Television coverage on many channels cut to footage of the Big Ben clock tower chiming for 11 a.m. local time [1100GMT], followed by brief scenes of services held in other cities including Belfast and Glasgow.

Veterans and serving officers stood outside the Cenotaph memorial in central London, while hundreds of people gathered in Trafalgar Square.

Helen Hill, from the Royal British Legion charity that supports soldiers and veterans, described the silence as "a rare moment for the nation to stand together and reflect upon the human cost of conflict".

Formal tributes were led by Queen Elizabeth in a ceremony held in central London on Sunday.

No British veterans who fought in the First World War are alive today, but Armistice Day has evolved in Britain to become a tribute to those who fought in more recent conflicts.

In France, the end of World War I was commemorated in a ceremony at the Arc de Triomphe monument in western Paris.

French President Francois Hollande along with former president Nicolas Sarkozy and senior ministers attended the ceremony at the Arc de Triomphe, during which flowers were deposed on the tomb of the "unknown soldier" of the Great War.

"These ceremonies remind us that there are four soldiers who died for France over the past year in military operations, especially in Africa," Hollande told reporters.

The war ended officially on June 28, 1919, when the Treaty of Versailles was signed.