UK home secretary says security services in the UK will not go through people’s online history, but may use 'intrusive powers' with warrants in some cases 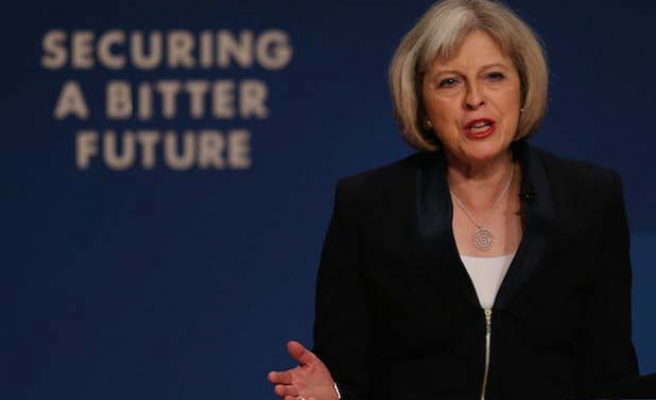 Police and security services in the U.K. will not be given powers to go through people’s internet browsing history, British Home Secretary Theresa May said Sunday.

May said that the new powers can still be used in the fight against terrorism and pedophilia in the digital age.

The home secretary made the remarks during BBC’s The Andrew Marr show where she replied to questions regarding the controversial new spying laws, a day after ministers abandoned plans to give security services full access to everyone’s internet browsing history.

“As the criminals moved into the digital age, so do those who are searching out those criminals,” May said to underline that “more intrusive” powers can still be practiced with warrants in various cases.

Ministers last week ruled out any ban or restriction on communication companies’ encrypting data as the U.K. government prepares to publish new laws on security forces’ powers to obtain information on suspects.

About the possibility of “Brexit”, she said that the U.K. was continuing its negotiations with the European Union on issues such as “free movement and benefits in relation to abuse and criminality”.

“The government is negotiating at the moment within the European Union on these issues and indeed on other issues…competitiveness of the EU, for example. We will conduct that negotiation and put that package of revised relationship that we have with Europe, the reforms that we have negotiated to British people to decide,” she said.

The investigatory powers bill in draft form will be published on Wednesday.