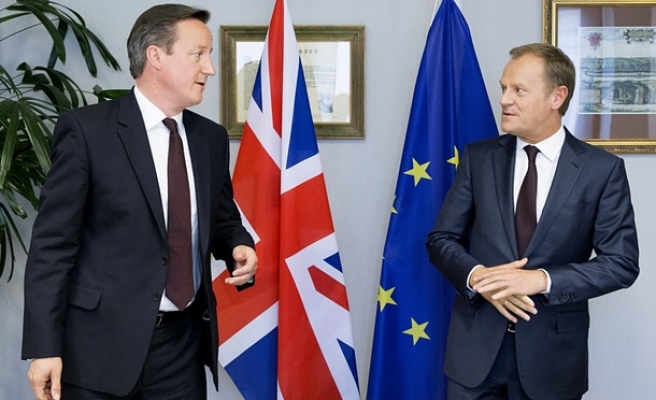 The British delegation hoping for a June referendum on their country’s EU membership has been given a final 24 hours to finish their renegotiation.

The two sides began talks in Brussels early on Monday morning after a meeting the previous night in London between U.K. Prime Minister David Cameron and Donald Tusk, the president of the European Council, ended without agreement.

Tusk approved a single day’s extension to the negotiations covering welfare benefits for migrants and new E.U. rules governing countries that do not use Europe’s single currency.

“No deal yet,” Tusk tweeted after leaving the meeting on Sunday night, adding: “Intensive work in next 24 [hours] crucial.”

Cameron has been renegotiating Britain’s EU membership terms ahead of an in-out referendum.

Tusk is expected to issue a report later on Monday explaining the legal framework for a deal. Any final deal must be approved by European heads of state and government at their February summit, the last such meeting that would allow Britain to hold the referendum at the end of June.

A further delay would mean the referendum would have to take place in September, after school holidays in the U.K.

Britain’s membership renegotiation is being conducted around four so-called ‘policy baskets’. In addition to new regulations for migrants and the euro currency, the U.K. wants measures to increase Europe’s competitiveness in the world economy and a greater say for national parliaments in EU affairs.