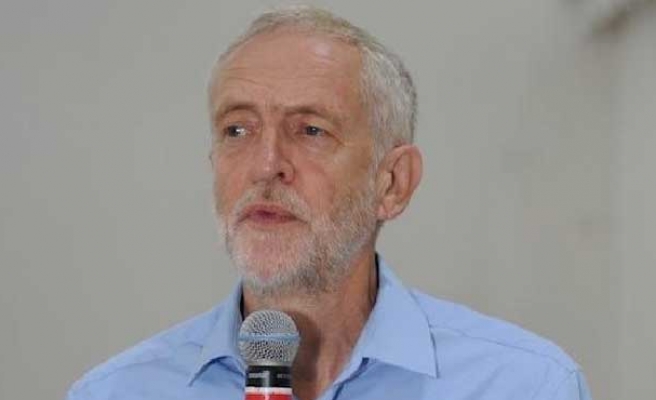 Britain’s opposition Labour Party leader Jeremy Corbyn has urged Prime Minister Theresa May and her cabinet to “pull yourself together or make way” and let his team negotiate Brexit with the EU.

In an energetic speech on the closing day of his party’s autumn conference in Brighton, Corbyn said Labour is now ready to govern the country.

Reminding party activists that the party had won the highest increase of votes in last June’s general election since 1945, Corbyn said “we became a government-in-waiting”.

He said: “Labour is ready. The Tories are not. They are definitely not strong, and they are certainly not stable.”

Corbyn said May’s Conservatives are “showing us what a coalition of chaos looks like,” arguing that their record shows more homelessness, and more people in poverty than ever before - in a reference to May's election campaign during which she said if Labour won the election there would be a “coalition of chaos” in the U.K.

“That is not strong and stable. It is callous and it is calculated,” Corbyn said. “The Tories calculated that making people poorer in the name of austerity would pay for hefty tax cuts for the rich and the powerful.”

Corbyn said his party, when in government, would use the national investment bank to generate good jobs in every region in the country.