In major speech setting out his objectives in renegotiating UK's terms of membership of EU, PM Cameron says it is UK's 'only chance to get this right" ahead of an in-or-out referendum by the end of 2017' 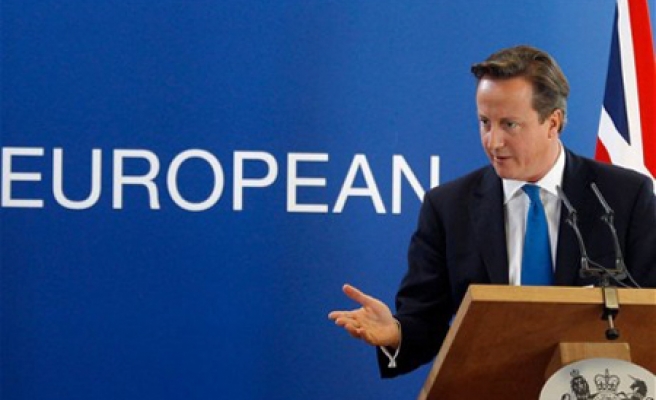 Prime Minister David Cameron said Tuesday he was confident of achieving four key objectives in renegotiating Britain's EU relationship but warned the UK would have to "think again" about membership if they were not met.

In a major speech setting out his objectives in renegotiating Britain's terms of membership of the European Union, Cameron said it was the UK's "only chance to get this right" ahead of an in-or-out referendum by the end of 2017.

Speaking at Chatham House, the Royal Institute of International Affairs think tank, he said EU members that retained their own currencies should be treated on the same footing as eurozone members.

Cameron said if countries outside the single currency were "pushed aside and overruled, then it would no longer be a club for us".

The demands focused on three other key areas -- greater competitiveness, an exclusion for Britain from "ever closer union" and curbs on some benefits for EU migrants.

Cameron said he wanted greater controls on the freedom of movement in the 28-country bloc, and said the EU must address a "lack of democratic accountability".

"I have every confidence that we will achieve an agreement that works for Britain and works for its EU partners," he said.

"I have no doubt that with patience, with goodwill, with ingenuity, it can be done.

"And that in doing so we can make Britain and the whole of Europe safer and more prosperous for generations to come."