Andrea Leadsom, leader of the House of Commons, announced members of a parliamentary committee would begin two days of deliberations on the European Union (Withdrawal) Bill -- known as the repeal bill -- on November 14. 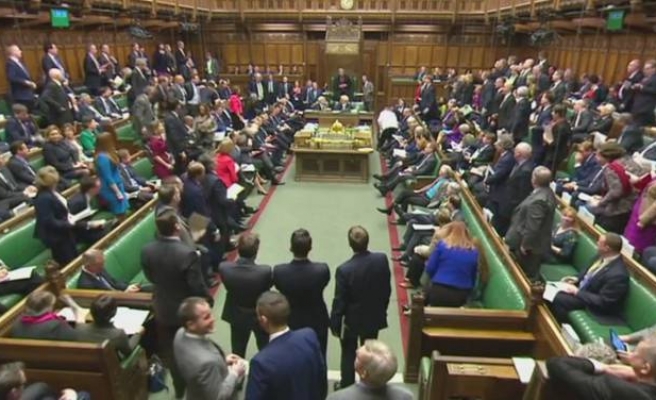 British lawmakers will renew debate over landmark legislation on exiting the EU in parliament next month, following a brief delay in the contentious draft law, the government confirmed on Thursday.

The crucial legislation, which puts existing EU regulations on the domestic statute book in a bid to avoid legal chaos after Brexit, returns after accusations the British government was attempting to delay debate on the bill.

It appeared stalled after attracting nearly 400 tabled amendments -- including a number proposed by members of Prime Minister Theresa May's own ruling Conservative party -- amid concerns over an excessive expansion of executive power.

Britain's main opposition Labour Party earlier this month accused the government of slowing the process to avoid damaging defeats on the draft law, while its Brexit strategy was paralysed.

A spokesperson for the Department for Exiting the EU said on Thursday the government was looking at the amendments "with the utmost seriousness."

"We look forward to continuing the debate and working with Parliament to ensure that we deliver a functioning statute book on exit day," the statement added.

The repeal bill, which has a guaranteed eight days of debate at committee stage, is scheduled to return after a short parliamentary recess in early November.

The announcement came as politicians also argued for parliament to have a "meaningful" final say on Britain's final exit deal before leaving the bloc on March 29, 2019.

Lawmakers, including Conservative former attorney general Dominic Grieve, have tabled amendments to the repeal bill requiring parliament to vote on any withdrawal agreement.

Senior Conservative party lawmaker Nicky Morgan said on Thursday they are "deadly serious" about backing the plans for a final say.

Brexit secretary David Davis sparked renewed concerns on the issue on Wednesday when he told a House of Commons committee a vote might come after Brexit.

A spokesperson for Davis later clarified the government still intended "to meet our long-standing commitment" to a vote in parliament.

"We expect and intend this to be before the vote in the European Parliament and therefore before we leave," a statement read.