Negotiations on Britain's withdrawal from the European Union have stalled ahead of the summit, which had been billed as the deadline for a draft deal before Brexit day on March 29. 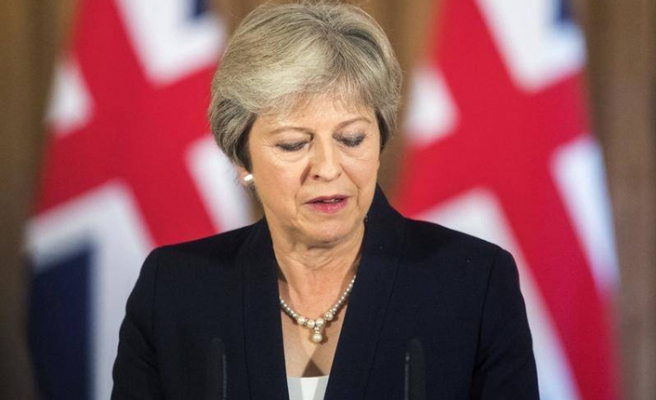 British Prime Minister Theresa May gathered her divided cabinet Tuesday to seek their support for her approach to Brexit, the day before she addresses EU leaders at a crucial Brussels summit.

May is still struggling to reconcile conflicting demands from Brussels and her own MPs, raising fears of a chaotic and damaging divorce.

Several of her senior ministers reportedly met late Monday to coordinate their approach over takeaway pizza, before Tuesday's regular cabinet meeting focused this week on Brexit.

Media reports this weekend suggested several Brexit-supporting ministers were considering resigning if May compromised too much with Brussels.

Asked about the pizza meeting on Monday, May's spokesman said: "Cabinet ministers are free to eat whatever they choose."

But with a deal looking unlikely this week after the latest round of talks broke down on Sunday, the immediate threat of walk-outs appears to have reduced.

The prime minister will still go to the summit, where she will make her pitch to the other 27 EU leaders before they have dinner without her to talk about the next steps in the Brexit negotiations.

Another summit has been pencilled in for mid-November, although some leaders have said it will only go ahead if there is progress this week.

Addressing MPs on Monday, May said a deal was "achievable" but the talks remained stuck on the issue of how to keep open the border between British Northern Ireland and EU member Ireland.

Britain has proposed staying aligned to the EU's customs rules until a wider trade deal can be signed that avoids the need for any frontier checks.

But her own eurosceptic Conservative MPs are demanding this "backstop" arrangement be time-limited, something the EU will not accept.

Northern Ireland's Democratic Unionist Party (DUP) have also threatened to pull their support for May's government if the Irish issue results in a different status for the province.