Cameron hopes his support for the bill will end his Conservative Party's feuds over Europe, win back voters lost to anti-EU rivals and expose the opposition Labour Party's refusal to back a referendum. 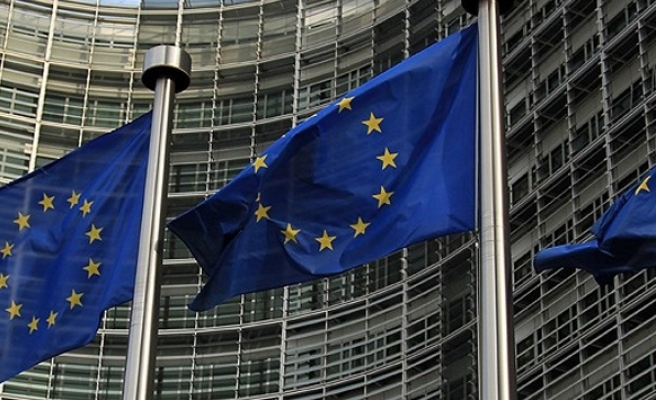 Prime Minister David Cameron won a parliamentary vote on Friday on making a referendum on Britain's European Union membership legally binding, but his victory is largely symbolic as it will not tie the hands of a future government.

Trailing in the polls before a 2015 election, Cameron hopes his support for the bill will end his Conservative Party's feuds over Europe, win back voters lost to anti-EU rivals and expose the opposition Labour Party's refusal to back a referendum.

MPs backed the bill, which legislates for an EU referendum by the end of 2017, by 304 votes to zero, in an exercise seen as a way to convince eurosceptic Britons that Cameron is serious about giving them an "in/out" EU vote.

Cameron's pro-EU coalition partner, the Liberal Democrats, and most opposition Labour MPs abstained after dismissing the vote as a parliamentary "stunt" that wasted lawmakers' time.

Unable to put forward a referendum bill as a government due to Liberal Democrat opposition, Cameron threw his support behind the bill proposed by his party's youngest lawmaker, 29-year-old James Wharton.

"It is about time we gave those millions of British people who want a say the chance to do so," Wharton told a charged session of the House of Commons.

Cameron, who wants Britain to stay inside a reformed EU, says upheaval in the EU since the euro zone crisis makes it the right time to give voters their first say on Europe since they opted to stay in the bloc in a 1975 referendum.

The bill could still be defeated as it passes through parliament. Even if it becomes law a future government could repeal it.

'BANGING ON ABOUT EUROPE'

The Liberal Democrats pointed out that Britain already has a law guaranteeing a referendum if the 28-nation bloc seeks treaty changes that would transfer more powers to Brussels.

Labour leader Ed Miliband refuses to back an EU vote, though media reports suggest the party might soon change tack, perhaps even seeking an early referendum.

Labour foreign affairs spokesman Douglas Alexander told parliament the bill was not in the national interest.

"Three years into government, this is a Conservative Party still banging on about Europe, a party talking to itself," Alexander said.

Conservative MPS mocked Labour's decision to abstain rather than oppose the bill as a sign of weakness in a party that wants to leave itself room to change its mind on a referendum.

While polls suggest Europe is not a priority for British voters, the rise of an anti-EU party - the UK Independence Party - has alarmed Conservatives.

Surveys suggest Britons are divided on staying in the EU, with slightly more favouring an exit, but many remain undecided.

But the spectre of Britain leaving the EU has rattled many business leaders, who fear it would damage the economy.

The Confederation of British Industry, a lobby group, said it would be unworkable for Britain to leave the EU and adopt a new relationship along the lines of Norway or Switzerland.

"They are half-way houses on the margins of Europe with no influence over the market rules," said Chief Policy Director Katja Hall.