The two eastern European men were detained on Thursday in an area near the city of Birmingham and bomb disposal experts were at the scene. 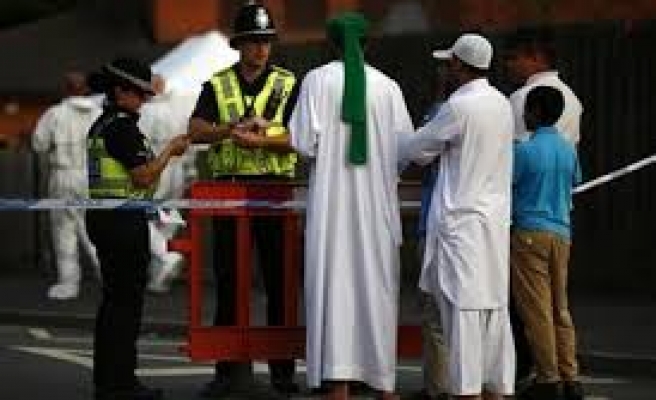 There have been several attacks on Islamic buildings in Britain since the murder of a soldier on aLondon street in May.

Around 150 residents were evacuated from their homes following an explosion at a mosque in Walsall on June 21. Last Friday, police were alerted to a suspected nail bomb at a mosque in Tipton, around 8 miles from Walsall.

No one was reported hurt in either attack.

The two eastern European men were detained on Thursday in an area near the city of Birmingham and bomb disposal experts were at the scene.

"Detectives from the West Midlands Counter Terrorism Unit arrested a 25-year-old and a 22-year-old man on suspicion of being involved in the commission, preparation or instigation of an act of terrorism,"West Midlands police said in a statement.

A mosque and the surrounding area in Wolverhampton, also in central England, was evacuated on Thursday evening and a military bomb disposal team was deployed after information was received about what police said was a possible "device activation" in June.

The Tipton nail bomb exploded shortly after the funeral of Fusilier Lee Rigby, whose killing made international headlines and triggered far-right protests in several cities around Britain.

Charities reported a surge in Islamophobic attacks on people and buildings following the attack. Two men will stand trial for his murder in November.