UK police fail to record 20 pct of all crimes- report

UK Statistics Authority said evidence indicated crime data was no longer reliable and that it could no longer approve the figures. 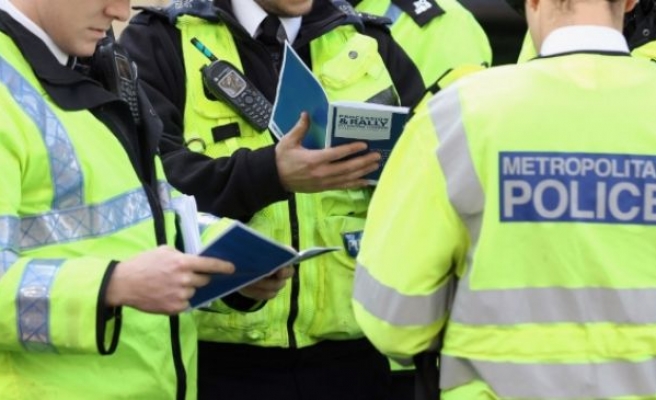 British police forces may be failing to report a fifth of all crimes, including serious sexual offences such as rape, and allowing serial offenders to avoid prosecution, according to a damning report on Thursday.

An interim study by police watchdog Her Majesty's Inspectorate of Constabulary (HMIC), prompted by public scepticism over figures which have shown crime dramatically falling over the last 20 years, uncovered a signifcant failure to record all offences in official police statistics.

The government said the report, which also confirmed suggestions by MPs that some in the police were fiddling their records, represented "unacceptable failings".

"We are seriously concerned at the picture which is emerging," the HMIC report said.

"It is one of weak or absent management and supervision of crime-recording, significant under-recording of crime, and serious sexual offences not being recorded.

"Some offenders have been issued with out-of-court disposals when their offending history could not justify it, and in some cases they should have been prosecuted."

According to official figures, in the 12 months to December 2013, police forces in England and Wales recorded more than 3.7 million crimes.

In its report, the HMIC, which examined data from 13 out of the 43 police forces in England and Wales, concluded that, if its initial assessment were repeated across all forces, 20 percent of crimes may be going unrecorded.

It said amongst the crimes which went unrecorded in the sample it examined, there were 14 rapes.

The report said the failures were due to a number of factors, such as poor knowledge of the rules, inadequate training, poor management and workload pressures.

But it also accepted that some officers must have been deliberately fiddling the books.

"In the light of what we have so far found - which could conceptually be contradicted by later results - it is difficult to conclude that none of these failures was the result of discreditable or unethical behaviour," the report said.

"The failure rate is too high."

Doubt had already been cast on the reliability of the police data. In January, the UK Statistics Authority said evidence indicated crime data was no longer reliable and that it could no longer approve the figures.

Earlier this month, parliament's Public Administration Select Committee concluded that police under-recorded crime and the decrease in offences may be exaggerated.

She warned that the historically low crime figures could rise once the HMIC work was completed and police were told how to improve.

"If that increase is driven by improved accuracy in the recording of crime or more victims reporting crime to the police, we should welcome it," she said.

However she pointed out that the latest annual Crime Survey for England and Wales, which is based on interviews with the public rather than police figures, estimated there were 7.5 million crimes against households and adults in 2013, the lowest level since it began in 1981.