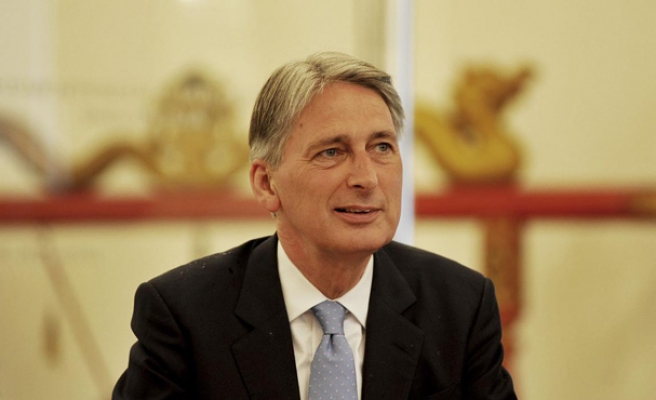 Britain on Saturday rejected suggestions that Prime Minister David Cameron had become an "irrelevance" because he was not involved in talks with Russia's President Vladimir Putin to end the crisis in Ukraine.

French President Francois Hollande and German Chancellor Angela Merkel met Putin in Moscow on Friday to discuss a peace plan to end the fighting in Ukraine, leading to suggestions that Britain was being excluded. Britain, like France and Russia, is a permanent member of the U.N. Security Council. It is also a key NATO ally and one of the European Union's largest economies, but has been less directly involved than Berlin and Paris in efforts to end the Ukraine conflict, in which more than 5,000 people have died.

"What is being painted here is a ludicrous proposition that somehow Germany and France are doing their own thing," British Foreign Secretary Philip Hammond said, while attending a security conference in Munich attended by top U.S., European, Ukrainian and Russian officials.

"It's inconceivable that without the United States there will be a solution to this crisis. The United States wasn't at that meeting in Moscow but it will be at the meeting here in Munich," Hammond told BBC radio.

Hammond added that the format followed in talks between European leaders and Moscow over the Ukraine crisis had been agreed in France last June during commemorations to mark the 70th anniversary of the D-Day landings in Normandy.

His comments came after General Richard Shirreff, Britain's top commander in NATO until last March, queried why Cameron had not been involved in the Moscow talks.

HAMMOND: UK, PLAYED A KEY ROLE VIA SANCTIONS AGAINST RUSSIA

"Where is Britain?" the Times newspaper quoted him as saying. "Where is Cameron? He is clearly a bit player. Nobody is taking any notice of him ... He is now a foreign policy irrelevance."

Hammond said Britain had played a key role in securing the imposition of EU economic sanctions against Russia, saying the measures had pressured Moscow into holding the new talks. He added that Germany's Merkel had particularly valuable access to Putin.

"In my judgement that channel of communication between the German chancellor and the Russian president is the best chance we have of negotiating an effective solution to the problem in the Ukraine," he said.

"It's no good somebody like General Shirreff from the outside trying to paint this as something different from what it is. We will decide, together, what is the best way to go forwards. The United States and the United Kingdom will be at that table with France and Germany."