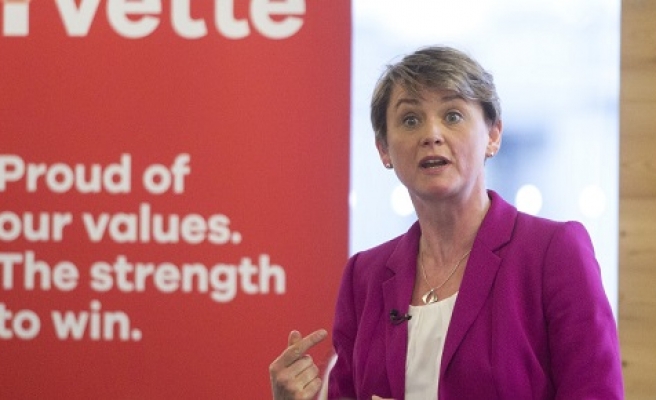 Labour leader candidate and UK shadow Home Secretary Yvette Cooper said on Tuesday that the UK should take as many as 10,000 refugees from the Middle East.

In a speech at the Centre for European Reform, Cooper suggested that if each town housed 10 refugee families, Britain could take 10,000 people each month from war torn countries including Syria, Iraq and Libya, the Guardian reported.

“This has become a humanitarian crisis on a scale that we have not seen on our continent and since the Second World War, yet we seem paralysed to respond,” Cooper said on Tuesday.

Britons would respond to the refugee need if the government separated the issues of immigration and asylum which, she said, “are completely different and we should keep them so”.

Cooper’s call comes a day after packed trains carried thousands of migrants and refugees, including many Syrians, to Austria and Germany after visa checks were waived.

Until early 2014, the UK government’s policy with Syrian refugees was to offer humanitarian aid rather than take in large numbers of refugees for resettlement.

This scheme, which is separate from the UN High Commissioner for Refugee’s resettlement programme that called on members last December to take 130,000 refugees, has seen 187 Syrians relocated in the UK, according to a House of Commons briefing paper published in June.

Another 4,000 more have come to the UK independently and then claimed asylum, but experts say comparing this group with much more vulnerable refugees obscures the effect the UK's policy is having on the Syrian refugee crisis.

“These are mostly the wealthy and/or educated and not the same as resettling refugees,” wrote Chris Phillips, Senior Lecturer in International Relations of the Middle East at Queen Mary, University of London, on his blog last week. “This does little to ease the burden on those states hosting the most in need.”