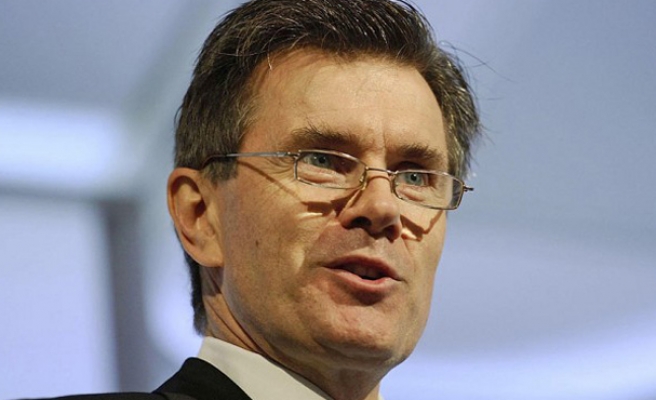 Britain's MI6 Chief of the Secret Intelligence Service, Sir John Sawers, has said that the West is to blame for the ISIL crisis in Iraq and Syria today.

Calling on the UK and US to find a way to work with Iran in tackling the strife in Iraq and Syria, Sawers claimed that the crisis in the two counties could have been averted had the West intervened in their civil wars.

Speaking to the Financial Times, he also said that the way the West responds to civil war in other countries created "real dilemmas."

"If you decide not to [rebuild], as we did in Libya, partly because of the scars from Iraq, then you topple the government and you end up having nothing in its place.

"And if you don't intervene at all, you end up with a situation like you have in Syria. These are real dilemmas," he said.

In order to restore order to Syria and Iraq, Sawers said there was also the possibility of reaching "some form of accommodation" with Iran.

The chaos created by militants with the ISIL has so far displaced an estimated 1.2 million Iraqis from their homes.

The Iraqi army had failed to respond to a sudden offensive by ISIL in June, which led the group to take control of large swathes of land in the country, including Mosul province in the north.

British Prime Minister David Cameron is due to meet Iranian President Hassan Rouhani in the next two days in New York and ask him for help to fight ISIL, the first meeting between leaders of the two nations since Tehran's 1979 Islamic revolution.

Cameron will meet Rouhani on the sidelines of the United Nations General Assembly, a source in the British leader's office told Reuters, speaking after the United States and Arab partners struck ISIL targets inside Syria.

Cameron is in New York to try to bolster international action and to clarify his own country's position when it comes to air strikes, something London has so far held off participating in.

Cameron is expected to ask Rouhani to drop his support for Syrian President Bashar al-Assad, to tell him that developing nuclear weapons is unacceptable, and to urge him to join the international coalition.

Britain said in June it would reopen its embassy in Tehran after a hiatus of more than two and a half years after relations between the two countries began to thaw after last year's election of Rouhani, a man London considers a relative moderate.

Cameron is also expected to hold talks with U.S. President Barack Obama in New York about the possibility of Britain joining air strikes, something he has signalled he would need the approval of the British parliament to do.