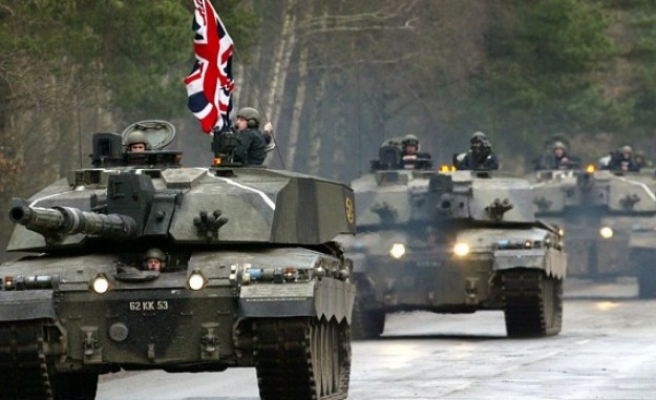 Britain is to begin a bi-lateral military exercise with Poland in the next few days that will involve 1,350 U.K. military personnel and 350 vehicles, the Ministry of Defence has told the Anadolu Agency.

The announcement came on Monday as tensions between west European states and Russia continue to worsen following the fall from power of Ukraine’s democratically elected, pro-Moscow President Viktor Yanukovych, and the annexation of Crimea by Russia.

The Ministry of Defence told the AA in a statement the exercise was a NATO response to "Russia’s illegal annexation of Crimea and continuing efforts to destabilize eastern Ukraine".

The U.K. said that the move was developed by the Supreme Allied Command “to provide visible reassurance of the Alliance’s [NATO] commitment to collective defense”.

But Lindsey German from Stop the War Coalition told the AA the exercise in Poland was a “dangerous sign”.

She said that it was clear that the tension between Russia and the West was escalating and was a sign of NATO “expansionism”.

“We’re looking at a situation that may well escalate into war over the next two or three years and that would be the most serious war in Europe since we’ve seen since the Second World War,” she warned.

She added, “Russia is not only surrounded by NATO bases to its west but to the south too. There’s actually less Russian-controlled territory since the time of Catherine the Great, which was two to three hundred years ago.”

Speaking on Sunday near the Brandenburg Gate in the German capital at an event marking 25 years since the fall of the Berlin Wall, former Russian President Mikhail Gorbachev warned that the world was "on the brink of a new Cold War".

He said the west had rescinded on a promise that NATO would not expand eastwards if East and West Germany were unified.

“Instead of building new mechanisms and institutions of European security and pursuing a major demilitarization of European politics … the west, and particularly the United States, declared victory in the Cold War,” he said.

“Euphoria and triumphalism went to the heads of western leaders. Taking advantage of Russia’s weakening and the lack of a counterweight, they claimed monopoly leadership and domination in the world,” added the man who spearheaded the Glasnost and Perestroika reforms in the Soviet Union.

The exercise called Black Eagle will see about 3,000 personnel being deployed and comes after leaders from nine ex-communist countries met in Poland in July to agree upon a defence strategy from a perceived Russian threat on their eastern frontier.

U.S. President Barack Obama set aside $1bn in military funding for Western allies on NATO’s eastern borders in June in addition to air and sea defenses already in the region.

The U.K. said the measures demonstrated the resolve of NATO allies, particularly the Baltic partners, adding the moves were designed to deter "further Russian aggression".

The Black Eagle exercise is the first significant move by NATO following the holding of a summit by the organization in the U.K. in September.