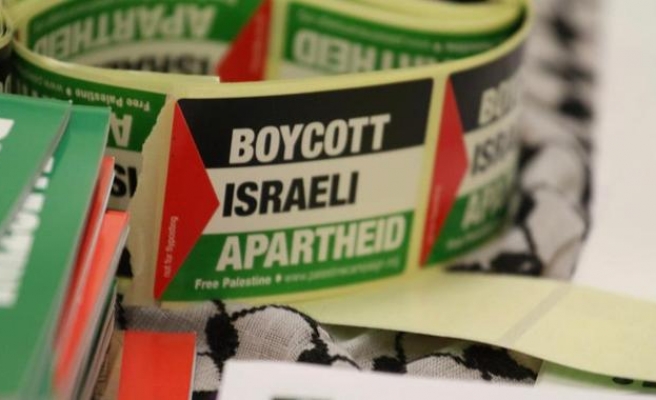 Public bodies in Britain are to be prevented from boycotting “unethical” goods, such as those from illegal Israeli settlements in Palestine, under a plan expected to be announced later Monday, local media reported.

The proposals -- due to be announced by Cabinet Office Minister Matthew Hancock -- are being put forward on the grounds that bans on products are harming community relations and fuelling anti-Semitism.

"The new guidance on procurement combined with changes we are making to how pension pots can be invested will help prevent damaging and counter-productive local foreign policies undermining our national security,” Hancock told The Independent.

Some public bodies around the U.K. have refused to buy goods from Israeli settlements in recent years and they would have to reverse those decisions under the plans.

In Leicester, a city in the East Midlands, elected officials agreed in 2014 that the municipality would not buy settlement produce. That year the devolved government in Scotland issued a notice discouraging trade and investment with settlements by Scottish councils.

The government's plan was criticized as an attack on local democracy.

"All public bodies should assess the social and environment impacts of any company with whom they choose to enter into business relationships," he told The Independent. "Where’s the incentive for companies to ensure there are no human rights violations such as slavery in their supply chains, when public bodies cannot hold them to account by refusing to award them contracts?”

Israeli settlements in the West Bank, East Jerusalem and the Golan Heights -- lands occupied by Israel in 1967 -- are considered illegal by the international community and a major impediment to peace with Palestinians.