Britain will provide 20 mn euros money used to boost "security of the access zone to the tunnel... and fighting trafficking networks". 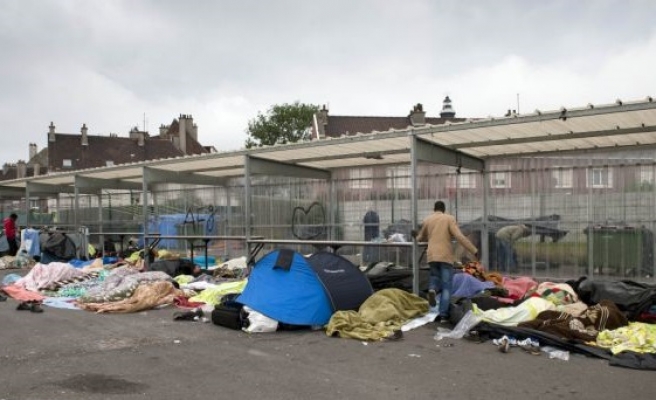 Britain will contribute around 20 million euros in extra funding to boost security at the French port of Calais where thousands of migrants have camped out hoping to cross the Channel, France's minister for European affairs said Thursday.

Britain has already contributed more than 60 million euros and "there will be around an extra 20 million euros ($15 million)" Harlem Desir told RFI radio, with the money used to boost "security of the access zone to the tunnel... and fighting trafficking networks".

The announcement came hours ahead of a summit between French President Francois Hollande and British Prime Minister David Cameron in the northern city of Amiens, where the Calais crisis will be top of the agenda.

Demolition workers razed makeshift shelters at the so-called Jungle migrant camp on the outskirts of Calais for the third day running on Wednesday under the close watch of dozens of police officers equipped with water cannon.

The camp, built on a former toxic waste dump, is a magnet for people hoping to reach Britain and many have refused to leave, although there has been no repeat of the violent clashes that erupted on Monday.

French Economy Minister Emmanuel Macron told the Financial Times on Wednesday that if Britain left the European Union following a referendum in June, France would cease keeping the migrants in Calais.

"The day this relationship unravels, migrants will no longer be in Calais," Macron told the newspaper.