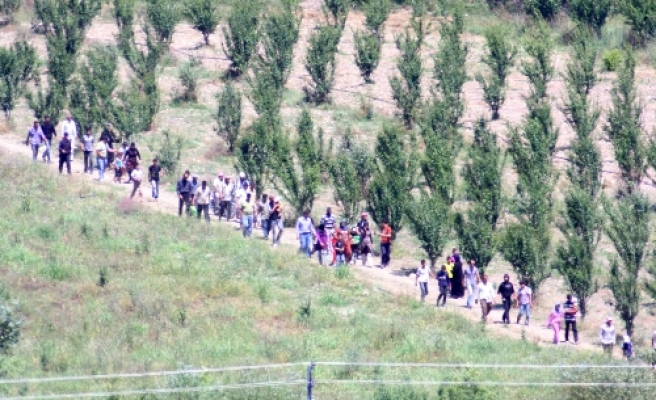 Dozens of international aid agencies and NGOs have called on British Prime Minister David Cameron to accept more Syrian refugees into the U.K.

More than 25 charities, aid agencies and NGOs including Oxfam, Amnesty International, the Refugee Council and Save the Children penned a letter to Cameron, stating the government's scheme to resettle vulnerable Syrian refugees was "woefully inadequate".

The call came after the Vulnerable Persons Relocation Scheme, unveiled by Home Secretary Theresa May in January and which works in co-operation with the UNHCR (UN refugee agency), recently revealed it had only accepted scores of Syrian refugees into the country in the first six months of 2014.

Criticizing the government's target, the charities said in the joint letter: "Figures released today will show that Britain has only so far resettled around 100 Syrian refugees, a woefully inadequate number compared to the scale of the crisis."

"While we applaud Britain's generous aid contribution to the crisis, it is clear that aid alone is not enough."

"Syria's neighbors are struggling under the weight of this unprecedented crisis and it is time we stopped asking of them what we are not doing ourselves," it said.

The charities said that developed countries like the U.K. should jointly decide to resettle around five percent of the total Syrian refugee population by the end of 2015.

They added: "This is a modest but proportionate contribution and Britain's fair share of that would involve offering hope for up to 10,000 Syrians in that time."

"That's less than 0.3 percent of all the refugees, but would transform, or even save, lives."

The U.K. government has previously said its relocation scheme was designed to "focus on need rather than to satisfy a quota" but added that "it will support several hundred people over the next three years".