UK urged to do more for Syrian refugees

﻿A refugee advocacy group said the UK should take more responsibility in accepting people fleeing Syria as Home Office reveals it took in 50 people in first half of 2014. 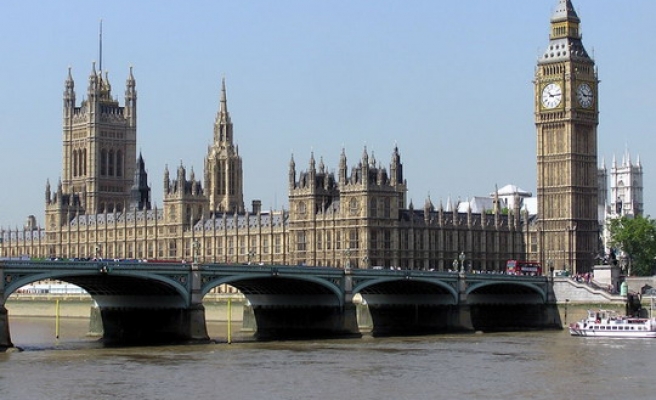 The UK-based Refugee Council has called on the British government to take in more people fleeing the conflict in Syria after the U.K.'s Home Office disclosed it had accepted 50 Syrian refugees into the country in the first six months of 2014.

Critics said the U.K figure was in stark contrast to 11,800 Syrians, according to U.S. reports, who arrived in Germany seeking asylum in the first half of 2014.

"Since the crisis in Syria began we have granted asylum or other forms of leave to more than 3,000 Syrian nationals and their dependents," a home office spokesperson told The Anadolu Agency

He said the U.K. had accepted 50 refugees in the greatest need in the first half of the year, including people requiring urgent medical treatment and survivors of torture and violence, under its Vulnerable Persons Relocation Scheme.

The figure indicates the country lags behind other EU nations including Germany, the Netherlands and Sweden.

"How can we ask Syria’s neighbors to keep their borders open to refugees if we won’t help share some of the responsibility?"

"Surely our compassion should extend to helping more than several thousand people over three years," she said.

Germany, the highest contributor for Syrian refugee relocation in Europe, is estimated as have accepted 20,000 refugees.

Syria's neighboring countries are currently hosting more than three million refugees, with Lebanon at about 1.2 million, Turkey 850,000, Jordan 620,000, Iraq 215,000 and Egypt 44,000, according to figures from the UN's refugee agency, the Office of the High Commissioner for Refugees.

The number of Syrian people accepted last week by Turkey after the attacks by the extremist Islamic State of Iraq and the Levant, or ISIL is 138,000, the UNHCR spokesperson Melissa Fleming confirmed.

She said it was the "equivalent of what was received by Europe throughout the past three years," adding that Europe should stand alongside Syria's neighboring countries by opening its doors.